New book delves in to rumors of soon to be Mrs Prince Harry’s past romances and Northern Irish golfer Rory McIlroy is one of them! 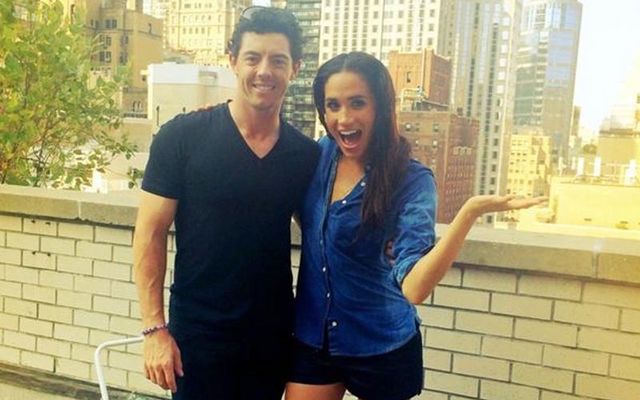 New book delves in to rumors of soon to be Mrs Prince Harry’s past romances and Northern Irish golfer Rory McIlroy is one of them!

Megan Markle, originally from California and with strong Irish roots, is set to marry Prince Harry on May 19, 2018 at Windsor Castle. A new book, “Harry and Meghan - The Love Story”, by Emily Herbert, is a tell all about the 36-year-old actress's friendships with well-known figures.

Read more: Prince Harry and Meghan will honeymoon in Ireland

In 2013 Markle ended her marriage to film producer Trevor Engelson. She then struck up a friendship with a Canadian ice-hockey star Michael Del Zotto.

The pair were later spotted enjoying dinner together in Dublin, but confirmed they were just friends.

Markle’s last romance before she met Prince Harry was with chef Cory Vitiello, in Toronto.

Markle denies her romances with McIlroy and Del Zotto.

In July 2016 Prince Harry confirmed that he and Markle met on “two back to back dates”… and the rest is history!

As the wedding edges closer Markle cancelled her social media accounts as she’ll soon be part of the British Royal family.

A representative of Kensington Palace said “Ms. Markle is grateful to everyone who has followed her social media accounts over the years, however as she has not used them for some time she has taken the decision to close them.”