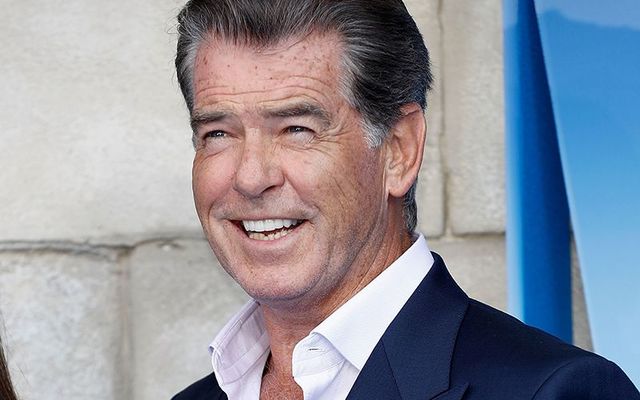 Pierce Brosnan: The most handsome man in Iceland. Getty

Netflix has confirmed that Pierce Brosnan is joining the cast of the film Eurovision. The James Bond star, who was born in County Meath, will star as Erick Erickssong - Icelandic musicians Lars Erickssong’s father and the most handsome man in Iceland. The film is currently in production in the UK and Iceland.

Brosnan may very well have quite a penchant for Eurovision given that he started in the movies Mama Mia, one and two – romantic comedies based around the songs of the 1974 winners Abba. Let’s just hope that this time he’s not asked to dance!

Eurovision follows aspiring musicians Lars Erickssong (Will Ferrell) and Sigrit Ericksdottir (Rachel McAdams) who are given the opportunity of a lifetime to represent their country at the world’s biggest song competition, they finally have a chance to prove that any dream worth having is a dream worth fighting for.

The 64th edition of The Eurovision Song Contest had its finale in Tel Aviv, Israel, in May this year, the winner was The Netherlands with the song "Arcade", performed by Duncan Laurence. The first contest was held in Switzerland in 1956 with seven West European nations participating. This year 41 countries competed for the prize. The show is now a global phenomenon with fans all over the world.

Former contestants ABBA (winner in 1974 for Sweden) and Céline Dion (winner in 1988 for Switzerland) launched successful worldwide careers after their wins at “The Eurovision Song Contest.”

For the past two years, Brosnan has starred in AMC’s western series The Son. Since that ended Brosnan has been busy with six new movies set to be released, including Eurovision.