James Bond and Mamma Mia star Pierce Brosnan will be talking about growing up in Navan and will share his picks for the next Irish James Bond on Friday's show. 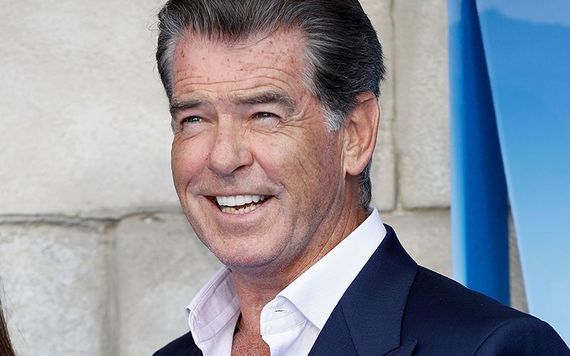 Brosnan is among a star-studded line-up on Friday's show. Getty

Pierce Brosnan and U2's Adam Clayton will appear in another star-studded Late Late Show on RTÉ on Friday evening.

Host Ryan Tubridy will be chatting to Brosnan and Clayton via webcam to comply with social distancing regulations.

James Bond and Mamma Mia star Brosnan will be talking about growing up in Navan and will share his picks for the next Irish James Bond on Friday's show.

Clayton, meanwhile, will be chronicling his lockdown experiences and talking about the importance of mental health.

Live Irish music performances have become a staple on the famous chat show in recent weeks, but there has been an absence of female performers which hasn't gone unnoticed.

RTÉ is set to make up for that in spades when Mary Coughlan, Sharon Shannon, and sisters Frances and Mary Black take the stage on Friday.

Sharon Shannon, Mary Black and Frances Black all appeared on the 1992 album "A Woman's Heart, which has sold more copies than any Irish album ever.

The quartet of singers will be performing a number from that album, which is one of Ireland's best-known and best-loved compilations of music.

Mary McAleese, the former President of Ireland, will also appear on the show and share her hopes for Ireland after the COVID-19 pandemic.

McAleese will also give her support for Pieta House's Darkness into Light campaign, which was due to take place this weekend.

The suicide charity had to cancel its annual fundraiser due to the pandemic, meaning that it is losing out on crucial donations this weekend.

Elaine Austin, Pieta House's CEO, will join Ryan Tubridy in-studio to discuss the impact of COVID-19 on the charity and how Pieta House is using alternative methods to raise vital funds.

Finally, Canadian astronaut Chris Hadfield will be sharing his tips for enduring isolation and quarantine on Friday night.