The “Limerick Lion” Pa O’Dwyer puts away almost 60 chicken fillets a week and between 8,000 and 10,000 calories a day and is now the strongest man not just in Ireland but in the UK competition as well. 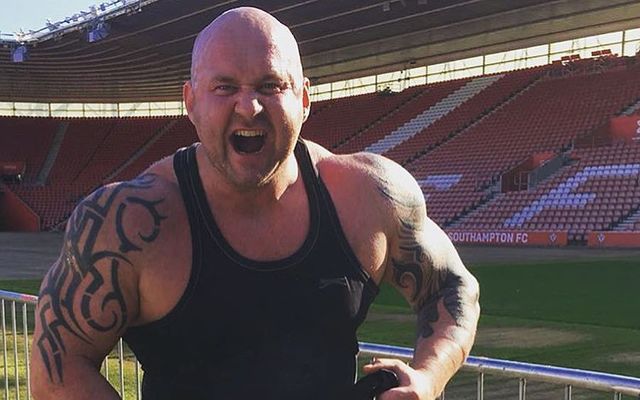 After coming third in 2017, Limerick strongman Pa O’Dwyer has claimed the title of the UK’s Strongest Man 2018.

A Co Limerick man has been named as the UK’s Strongest Man 2018 after beating off all challengers in 15 vigorous challenges including the Truck Pull, Bar Bending and Tyre Flip. Pa O’Dwyer, otherwise known as the “Limerick Lion,” has already been crowned as Ireland’s Strongest Man for the last three years running but once again attempted to take home the UK title after coming third in the competition in 2017.

Looking for a tougher challenge after ruling the circuit in Ireland for several years, O'Dwyer beat off all competitors in the 2018 competition, more than proving his own confidence was correct when he said before it all began that "there would be an Irishman on the podium again."

The 32-year-old was one of only two men to complete the Truck Pull, also clocking in the fastest time and making his intake of 8,000 - 10,000 calories a day and 60 chicken fillets a week more than worth it.

Delighted to announce I’m now the 🔥🔥🔥UKs Strongest Man 2018🔥🔥first time it’s ever come to the Republic of Ireland, I’m...

"Delighted to announce I'm not the UK's Strongest Man 2018. First time it's ever come to the Republic of Ireland, I'm still in shock I cannot believe it,” O’Dwyer posted to Facebook after the three-day event in St. Alban’s, just north of London.

It’s no easy feat to win a title like this but O’Dwyer continues to amaze; casually breaking boulders, flipping tires, and regularly deadlifting 410 kg.

A post shared by Entertainment Effects (@entertainmenteffects) on Jul 29, 2018 at 2:21pm PDT

Earlier this year, he also took home first place in a deadlift event lifting an astounding weight of 520 kg, the equivalent to over half a ton and coming in just 4kg short of the current world record.

Read more: Game of Thrones’ "The Mountain" says he could crush Conor McGregor in 10 seconds