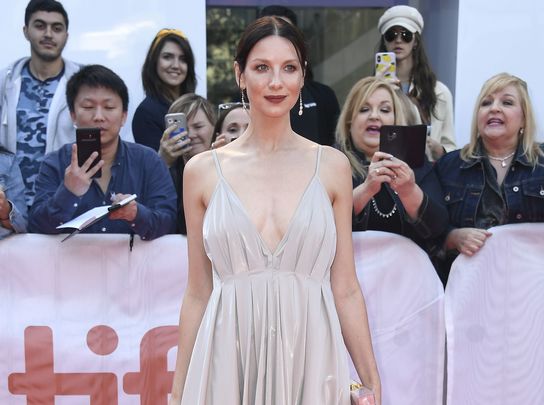 “American car designer Carroll Shelby and driver Ken Miles battle corporate interference, the laws of physics and their own personal demons to build a revolutionary race car for Ford and challenge Ferrari at the 24 Hours of Le Mans in 1966,” says IMDb about the movie, which pocketed a bunch of nice reviews after its Toronto debut.

Caitriona, who married her Irish fiancé Tony McGill last month, spoke about her experiences with the dreaded DMV on Toronto’s red carpet.

"Well, the few people who know me know that I have quite an intimate relationship with the California DMV from quite a few years ago," she said. "So I learned my 'need for speed' lessons back then. I may have picked up a ticket here or there."

For Outlander fans, Caitriona dropped a few nuggets about the upcoming season which drops next February 16.

“The season is really, really good," she said. "This year is really about this family coming to terms with a lot of consequences of things that happened last season. But there's a settled nature to it and I think it's a really strong, strong season. We're almost done which is crazy, but I think people are going to be really happy."

Here's a trailer for the upcoming movie:

Read more: "Dublin Murders" series set to be the next "Outlander"