Limerick singer says she "gave it everything" after Voice UK exit

Niamh Nolan, 25, wowed judges with her stunning performance of Lady Gaga's "Poker Face" during the show's blind auditions but failed to advance to the show's semi-finals. 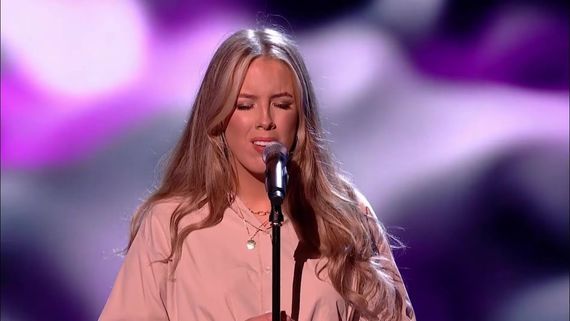 Limerick singer Niamh Nolan said she "gave it everything" after failing to make it through to the semi-finals of "The Voice UK" last weekend.

Nolan returned last weekend for the callback round of the show in a bid to reach the semi-final stages.

Each judge can only take three contestants to the semi-finals, prompting Will.i.am to split his singers into three groups and let them battle it out.

Nolan, who was paired with fellow contestants Kira Mac and Naomi Johnson, gave an excellent performance of "Black Hole" by Griff but ultimately lost out to Johnson, who blew the judges away with her performance of the song.

"I heard all of [the performers] live and I just knew it was going to be Naomi as will.i.am said she had such a Mariah Carey vibe about her," she told Live 95.

Nolan said she had no regrets about her performance during Saturday's callback round.

"I’m very happy with my performance, I’m happy that I gave it everything and left it out there. There’s nothing else I can do."

Nolan has enjoyed singing for as long as she can remember and started to gain recognition for her talents during the Covid-19 pandemic when she began posting videos of her singing online.

"I decided to join TikTok when Covid hit and that is where it kind of took off. I started to gain more followers and then I was approached to take part in the blind auditions," she told the Limerick Leader.

Nolan described her performance during the blind audition as a "dream come true".

The blind audition, which was actually filmed more than a year ago, aired on Saturday. October 8.

"The Voice UK" is a hugely popular singing contest on the British TV channel, ITV, where contestants try to win the favor of the judges based solely on their voice and not their appearance. The show is now in the eleventh series.