Father Malachi Martin claimed to have assisted in hundreds of exorcisms, one of which is now the subject of a new Netflix doc. 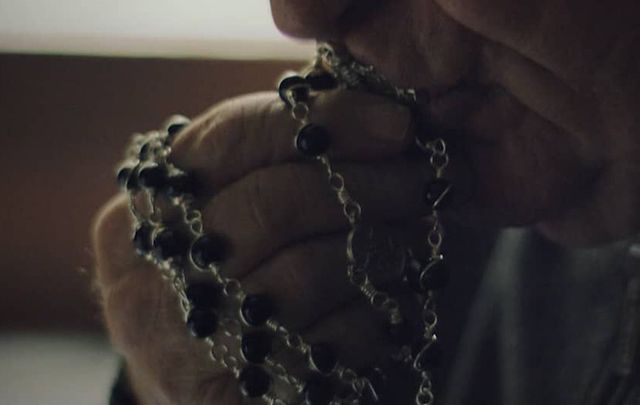 Father Malachi Martin claimed to have assisted in hundreds of exorcisms, one of which is now the subject of a new Netflix doc.

A new documentary, available to stream on Netflix, examines the life of Co. Kerry exorcist Malachi Martin, who claimed to have participated in a few hundred exorcisms during his lifetime.

The feature-length documentary “Hostage to the Devil”, released Sunday, January 15, tells the story of laicized Jesuit priest Malachi Martin as he attempts to save the soul of a possessed child. Produced by Belfast-based Causeway Pictures, the film uses real footage from exorcisms, first-hand interviews, dramatic reconstruction, archival evidence and Martin’s own words to question the existence of the devil and whether it is the child or, in fact, those who believe in the devil and his need to be exorcised from another human who are the hostages of Lucifer.

“The central question this film sets out to interrogate is one that has occupied minds for centuries - does the Devil exist?” said film producer Chris Patterson.

“The film examines this question through the life of one man, Malachi Martin; an Irish priest – a Kerryman - who dedicated his life to battling this ancient evil. But was he a warrior for Christ, or a charismatic charlatan?”

The movie, which takes its name from a book penned by Martin himself in 1976, traces Martin's life from the time he moved from the Vatican to America until his death in Manhattan in 1999.

"The fascinating Malachi Martin was and still is an enigma and I have no doubt we’ll be seeing and hearing a lot more about him and his life in the years to come," stated director Marty Stalker.

“I’m delighted that ‘Hostage To The Devil’ will be released worldwide on Netflix. As a filmmaker, it’s a dream come true to present my work to such a large-scale audience, and Netflix provides an incredible platform.”

Born in Ballylongford in Co. Kerry in 1921, Martin became the author of several best-selling books including “Hostage to the Devil.” After completing a three-year degree in philosophy in University College Dublin, he became a novice with the Society of Jesus (the Jesuits) in 1939.

With thanks to his further study at the Catholic University of Louvain in Belgium, the Hebrew University of Jerusalem, and at the University of Oxford, he acquired a great knowledge of Hebrew and Arabic manuscripts and was involved in the research of the Dead Sea Scrolls. It is believed he assisted in his first exorcism while in Egypt conducting archaeological research.

He was later summoned to Rome where he became a Professor at the Pontifical Biblical Institute.

He also appeared to be a fan of conspiracy, however, claiming to know the Third Secret of Fatima and that Satanism was practiced in the Vatican.

“Anybody who is acquainted with the state of affairs in the Vatican in the last 35 years is well aware that the prince of darkness has had and still has his surrogates in the court of St. Peter in Rome,” he once wrote.

He also claimed to be able to see demons surrounding immoral people and to have seen the devil in his apartment.

"I was standing on a stool in my apartment, reaching for a book and I saw him. He was crouched on the floor looking at me. His body was like a muscular pit bull terrier, but the face was recognizably human. It was the Devil's face. I recognized the eyes. They were eyes of the coldest, deadliest hatred. When the Devil sprang at me, I fell from my stool and broke my shoulder, but I felt fortunate. I had seen Satan and I had lived,” he claimed.

Martin left the Jesuit order, being pardoned of all his obligations, apart from the vow of celibacy in 1965, when he moved to New York, first working as a cab driver and waiter. After 25 years as a priest, his departure was abrupt, and he often argued with critics who stated he was no longer a priest.

“Hostage to the Devil” is a Causeway Pictures production in association with Underground Films. It was funded by Northern Ireland Screen and Bord Scannán na hÉireann / The Irish Film Board.

You can listen to Martin speaking at length on the subject of exorcism, possession and the nature of evil here:

Already watched the documentary? Let us know what you thought!