His "life story rivals anything he managed to put between two book covers, as well as what Clint Eastwood put up onto the big screen." 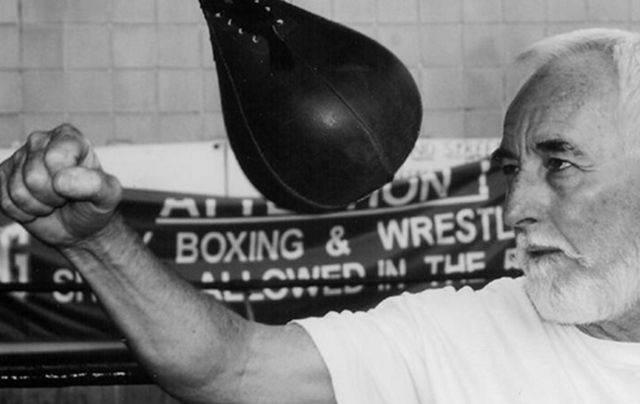 This came to my mind this week when The New York Times decided to kick off a debate that will not officially wrap up for another 83 years.

“We are now approximately one-sixth of the way through the 21st century,” writers A.O. Scott and Manohla Dargis declared. “Which means that it’s high time for the sorting – and the fighting – to start. As the chief film critics of The Times, we decided to rank…the top 25 movies that are destined to be the classics of the future.”

It turns out two of the three best 21st century movies have Irish ties.

The Times critics decided that, thus far, the best movie made in the last 17 years was 2007’s "There Will Be Blood", directed by Paul Thomas Anderson.  Not only did that film feature Irish actor Daniel Day-Lewis in an Academy Award winning performance, but Day-Lewis’ character is based on real-life California tycoon Edward Doheny, whose father was an Irish immigrant.

But it is the third-best movie of the 21st century, Clint Eastwood’s "Million Dollar Baby", from 2004, that got me thinking about F.X. Toole.

The film was based on Toole’s short story collection, "Rope Burns", published in 2000.

That’s all well and good.  But Toole’s own life story rivals anything he managed to put between two book covers, as well as what Clint Eastwood put up onto the big screen.

But his real name was Jerry Boyd.  Whatever you call this guy, he lived the kind of life you don’t often hear about in creative writing classes by folks pursuing MFA degrees.

Boyd’s father was an Irish immigrant.  His son, Jerry, was born in 1930.  Even at a young age, father and son bonded over boxing.

“My father was an ardent fight fan, and I adored him for making me part of something he loved,” Toole once wrote.  “Like many another Mick and Paddy who came over as indentured slaves in the bottom of boats, who saw 30 percent of their own dumped at sea, he took heart from the stories of the great Irish fighters.”

Toole spent part of his twenties in New York.

“Madison Square Garden would become Camelot for me … I saw the Garden for the first time in 1952.  Eighth Avenue between Forty Ninth and Fiftieth, slinky-eyed guys standing out front.  Greek restaurant, Irish bars, four-dollar whores.  The Garden was home to me as much as Shubert Alley.”

To pay the bills he worked as a bartender, actor, truck driver, private investigator, even vat cleaner.

In Mexico he performed as a bull fighter.  A bullfighter!

And as he continued to write, he also decided to take up boxing.  He ultimately decided against taking a beating in the ring.

But he stayed with the fight game, working as a cut man, the guy who cleans a fighter between rounds.  He ended up working with a female boxer, who became part of the inspiration for the central character in Million Dollar Baby, the appropriately-Hibernian Maggie Fitzgerald.

I still vividly remember interviewing Toole when "Rope Burns" came out.  You heard something in his voice you rarely hear from any writer or actor or otherwise accomplished person, an appreciation bordering on giddiness, which could only be earned over a lifetime of hard work and harder dreams.

And then Clint Eastwood came calling.

But before the movie came out Toole died, at the age of 72.

It is said Toole at least saw a draft of the movie script before he died. And that he said to his doctor: “Get me a little more time, I gotta finish my (next) book.”