The Cranberries' Zombie became the first Irish song to reach one billion views on YouTube earlier this year. 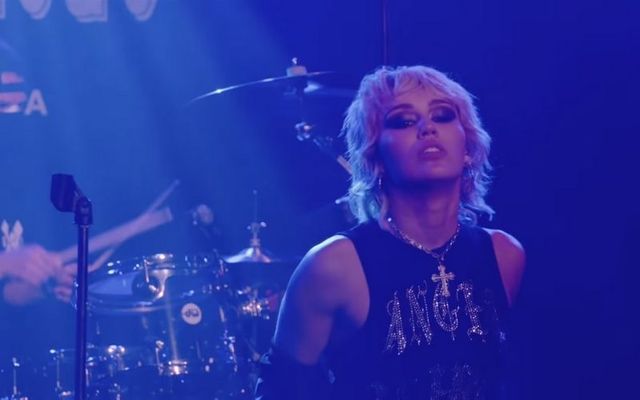 US pop star Miley Cyrus has performed a memorable cover of The Cranberries' famous hit "Zombie" as part of a campaign to help small music venues struggling financially during the COVID-19 pandemic.

Cyrus recorded the raucous cover of The Cranberries' 1994 smash hit as part of the #SaveOurStages (#SOS) festival.

The famous singer and actress played the powerful cover with her band at Los Angeles music venue Whiskey a Go Go on Saturday, Oct. 17, and also performed a cover of "Boys Don't Cry", by English rock band The Cure.

Cyrus's powerful performance is clearly inspired by Cranberries frontwoman Dolores O'Riordain, who gave a stunning and emotional performance when the song was released 26 years ago. The American music star even sports the same bleach-blond hairstyle that O'Riordain wore in the original music video.

Cyrus paid homage to the small venues during her performance, noting that Guns N' Roses, Jimi Hendrix, and the Doors all found early success at Whiskey a Go Go before making it big.

"Let’s do what we can to keep this historic landmark alive," Cyrus said during the performance.

Cyrus was fundraising for the National Independent Venue's #SOS campaign, which aims to get the Save Our Stages Act passed.

The act would create a $10 billion fund for small music venues struggling financially due to closures and cancelations during the pandemic.

The National Independent Venue Association (NIVA) says that 90% of independent music venues are on the verge of going out of business if they do not receive immediate funding and support and has launched an emergency relief fund to raise money to provide temporary support until the Save Our Stages Act is passed.

Cyrus's memorable performance of "Zombie", the most popular Irish song on YouTube, was raising funds for the NIVA's emergency fund.

The Cranberries' hit became the first Irish song to reach one billion views on YouTube earlier this year and it has been synonymous with the peace process in Northern Ireland.

Powerfully performed by the late Dolores O'Riordain, the song condemns the IRA over the Warrington Bombings, which left two children dead.

"Zombie" has become a popular song among peace and protest movements around the globe since the end of the Troubles.