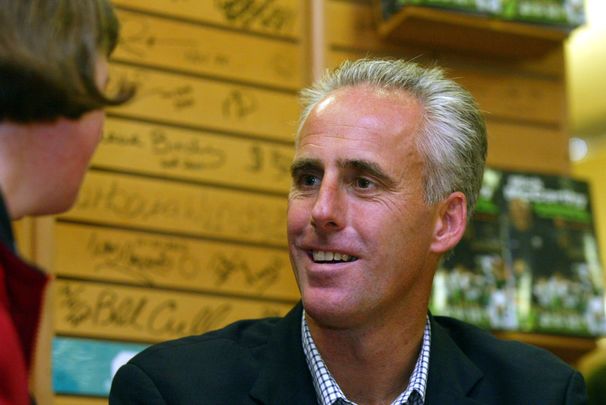 Former Irish manager Mick McCarthy is the favorite to succeed Martin O’Neill who resigned along with Assistant Manager Roy Keane from the Irish soccer managers job.

McCarthy has been unemployed and is available. He had considerable success managing Ireland, getting them to the later stages of the World Cup in 2002.

McCarthy’s big advantage is he is available, and the Irish federation would not have to buy out his contract

Insiders warn however that there may be considerable interest from other European managers in what is a high-profile job.

BREAKING: The Board of the Football Association of Ireland have mutually agreed with Martin O’Neill to part company.

O’Neill simply outstayed his welcome and his insistence on defensive minded teams lost him the fans support.

“I would like to thank Martin, Roy, and the management team for the impact that they had with the Ireland team,” Football Association of Ireland CEO John Delaney is quoted as saying. “There have been many highlights during Martin’s reign - none more so than Euro 2016 in France, which will live long in the memory of all Irish supporters.

Roy Keane is out of work after stepping down with Martin O'Neill from his role with Republic of Ireland.

Could there be a role for him in the coaching setup at #MUFC? pic.twitter.com/PGoftMxTzs

“Martin did a great job guiding the team out of a difficult qualifying group - where we beat World Champions Germany along the way - to reach Euro 2016 and advance to the last-16 following a historic victory over Italy in Lille.”

Do you agree with this choice? Who would you like to see turn the Irish soccer team around? Let us know in the comments section below.

Read more: Have you heard of Hurlacrosse? The new sport which combines hurling and lacrosse