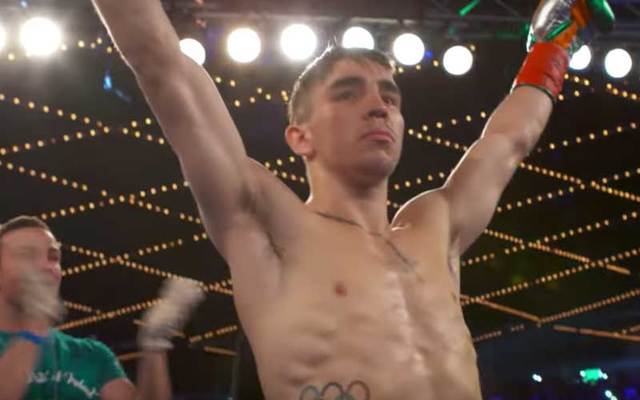 A huge Irish crowd is expected to get behind the featherweight. Conor McGregor, a huge fan of Conlan, may well make an appearance.

Berna is a tough opponent for the up-and-coming Irish fighter, who has a huge Irish following all over the world. Berna has won 15 of his last 17 fights, and they will fight a six-round bout at Madison Square Garden.

Ireland’s Michael Conlan, a 5-0 feathweight, made it clear he was happy to return to New York, the place where he made his professional debut exactly a year ago.

“It means a lot to me to be back,” he claimed. “Every time I walk through the street, I see someone I know…it feels like Ireland when I am here.”

It'll be Conlan’s third time to box at the venue as he looks to make it seven wins from seven as a professional.

In the men's bantamweight quarter final stage of the 2016 Summer Olympics in Rio de Janeiro, Conlan was eliminated by a controversial call, in which Russia's Vladimir Nikitin was awarded the victory. Conlan reacted by raising his middle finger at the judges and delivering a strongly-worded live television interview to RTÉ, accusing officials in amateur boxing of corruption.

The Irish Times reported this week that an official report by the top Irish boxing official alleges that an Irish team member was told before the fight that it was fixed.