"In 1989, we also did nineteen towns in Ireland. We toured Ireland more than U2. There are not that many Irish bands other than the Irish folk bands that travel around," Meat Loaf wrote in his memoir. 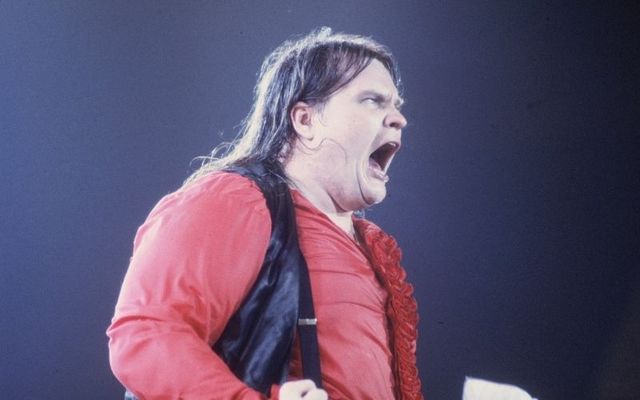 Rock music icon Meat Loaf died at 74 on Thursday, eliciting memories of his unique tour of Ireland during Troubles in the late 1980s.

Meat Loaf, also known as Marvin Lee Aday, was going through a rough patch as the 1980s drew to a close following the release of some questionable songs, which saw his popularity dip in the United States.

However, he remained as popular as ever across the Atlantic and toured 19 Irish towns in 1989 in a tour that took him across the length and breadth of the country.

Meat Loaf recalled his memories of the tour in his 1999 memoir "To Hell and Back".

"In 1989, we also did nineteen towns in Ireland. We toured Ireland more than U2. There are not that many Irish bands other than the Irish folk bands that travel around," the singer wrote.

He remembered traveling from town to town in "rickety old buses" that would often have to stop to allow a flock of sheep to cross the road, while the venues he played at were so small that a local farmer or pub owner often doubled as a concert promoter.

"At one place it was the parish priest," he said.

He recalled one particular concert in a "big barn in the middle of a field" that had no power.

"They had put a stage down at one end. I went inside and everybody was just standing around. I said, "Are we ready for a soundcheck?" They said, "Not quite. You see, the building has no power. And the thing of it is nobody thought the barn having no power, this being the first time we've had a rock band here." Okay, no soundcheck.

"The doors open and people are coming in. By 7:30 pm, there were easily three thousand people crammed into this building and we still had no power. Eventually, they had just enough power to run about three or four light bulbs on the ceiling. I know there were a few lights because we could see the people. At 8 pm, the generator shows up and saves the day."

Meat Loaf's tour also took him across the border into Northern Ireland, where he witnessed the Troubles first-hand.

He remembered that his wife Leslie got off the tour bus wearing orange clothes in County Antrim, causing their promoter to have a nervous breakdown.

"Leslie got off the bus to walk around and when the promoter caught sight of her he was absolutely mortified. "Are you wanting to be shot?" he asked. "Do you understand what you're doing? You are wearing orange and it is such-and-such a day and this is a county that is completely Catholic and, well, that orange you're wearing is like a red flag to a bull." She had to go change her clothes."

He also revealed that IRA members traveled on the tour bus in plain clothes, while British Army troops traveled in front and behind the tour bus.

He said that the concert promoters worked out a deal with the IRA and the British Army to ensure that no harm would come to the group as it toured Northern Ireland.