Maureen O’Hara's two heroes - you’ll be surprised by one

The spitfire Quiet Man star from Dublin never had any doubt that she'd make it in Hollywood, largely due to her Irishness. Maureen O’Hara, in what was likely her last interview, gave all the credit for her success to her mother’s inspiration. The Quiet Man star, also revealed who her hero was - Eamonn De Valera, Founder of the Fianna Fail Party and a deadly enemy of Michael Collins.

The interview with Maureen O'Hara is from the book “Celebrating the Irish”, which fell foul of Ireland’s economic recession back in 2010 but has now been completed by Noreen Taylor, a respected journalist,  author, and portrait painter. There are 60 or so short interviews as well as a portrait of remarkable Irish achievers.

O’Hara told Taylor: “My mother was very beautiful, someone I wanted to emulate. She sang in opera and for a long time I wanted to follow her footsteps.

"Fame did not turn my head, nor did I believe I’d come a long way for the simple reason that I always thought I came from a great bloodline and a great country. We’ve produced men like my great hero Eamonn de Valera, people who have gone out and conquered the world. So how could I not be proud.” 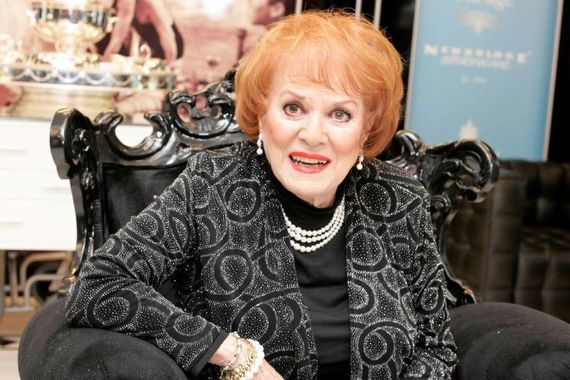 As for Hollywood, she never doubted she could make it.

“I knew I was going to be a top actress. I was ambitious, determined to be successful in life. We were all high achievers in my family. We delighted in being winners but we didn’t boast, we shared in each other’s success. But I’d have been walloped if I started to show off. One brother, Charles was a top barrister, another brother Jimy won the Leinster 400 (athletic race) and my sister  Margaret was a dressage champion.”

Her father, Charles Fitzsimons was a  successful businessman, while her mother Marguerita, was a trained operatic contralto, who ran a fashion business.

“I’ve always been proud of coming from Ireland... during all the years away I dreamed of it and wanted to come back.”

Which indeed she did to spend her final days there.

Celebrating the Irish is available to purchase here.