On this day: Matt Molloy the famed Chieftain's musician, was born

A third-generation flute player, Molloy continues to wow crowds as a member of The Chieftains when not enjoying a session in his pub. 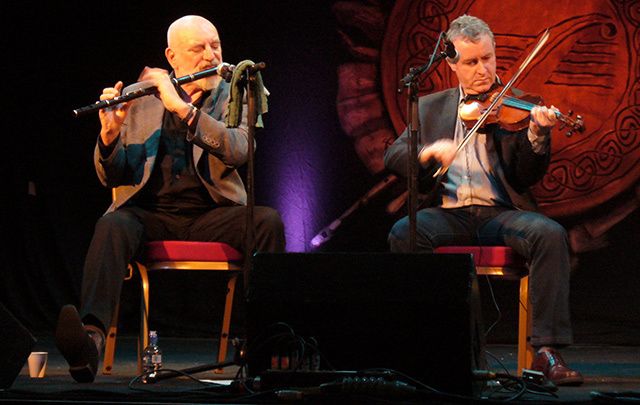 For many of the burgeoning flute players looking to start off their traditional music career over the past four decades, Matt Molloy has been the one who spurred them on to keep practicing. That’s if his extraordinary talent wasn’t the reason they picked up the flute in the first place.

Born on this day, January 12, 1947, Molloy continues to be one of the stars of traditional music, after stints with the likes of The Chieftains, The Bothy Band, and Planxty.

Now owning his own bar, Matt Molloy’s, in Westport, Co. Mayo, you may be lucky enough to see the man himself sit down to one of the many sessions in the pub, geared at musicians themselves more so than tourists to the lively town. 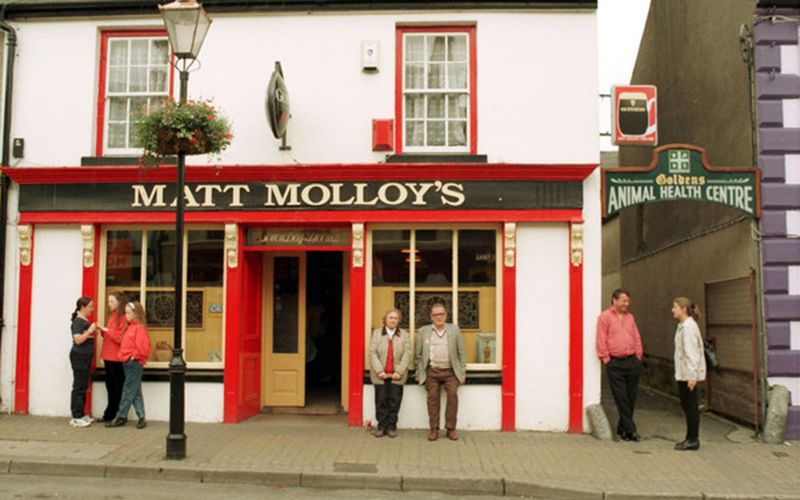 Born in Ballaghaderreen, County Roscommon, a town very close to the Sligo border, Molloy grew up in an area of Ireland well known for its fiddle and flute players, with the likes of famous fiddle player Michael Coleman and Paddy Killoran starting out in the same North Roscommon-South Sligo region.

Molloy’s father, uncle, and grandfather also played the flute but his father had all but given up until a young Molloy became interested in the instrument, aged 8, starting to play in flute and fife bands in elementary school. It was then that his father oiled up his old flute, which he’d bought in Wurlitzers, the New York piano makers when he lived there in the 1920s and had pretty much remained in his luggage trunk since his return to Ireland.

A German flute with small holes and a sweet tone, fine for solo playing, it was one of many that Molloy would own throughout his musical career, swapping out his father’s flute over the years for makes that were better suited to playing in céilí bands and groups.

“Well, whatever insanity is involved, I don’t know; I just got hooked on it and I suppose my father did and my uncle and my grandfather. It’s just the sound of the instrument that appeals to me,” Molloy told a 1997 interview.

“Well, if you like, I like the sort of expression that one can give. The flute does it for me. I can express what I feel best on that instrument.”

Molloy was originally taught by his father, but a local teacher also organized small sessions within the local towns.

He would go on to win the All-Ireland Flute Championship at 17, just nine years after picking up the instrument for the first time, and he is now highly regarded as one of Ireland’s most brilliant musicians with thanks to his experimentation in adding piping techniques from the uilleann pipes into his style of flute-playing.

Renowned as a master of the Sligo style of flute and tin whistle playing, Molloy has played a vital role in the evolution of Irish music through his work with The Bothy Band, Planxty, and The Chieftains.

Over the course of his career, Molloy has also worked with the likes of the Irish Chamber Orchestra, Paul Brady, Tommy Peoples, and Micheál Ó Súilleabháin.

Such is the influence Molloy’s music has played in the world, the very first Irish traditional music to be played in outer space was played on one of his flutes by U.S. astronaut Catherine ‘Cady’ Coleman.

Speaking to the Irish Times in 2010 when Coleman jetted into space with one of his concert flutes in her pack, Molloy explained:“We had done a concert and as always we had a tune afterward with local musicians. It transpired she played the flute and we have been friends ever since.”

He stated that Coleman told him, “Your music always brings me to a special place so I thought I’d bring yours to one. I was really moved,” adding that the flute “was made in the late 1890s or early 1900s and I could not possibly put a value on it but it’s very special to me. Cady is a fine accomplished flute-player so it is in good hands.”

Molloy continues to tour with The Chieftains to this day, stopping into his pub when he’s not playing around the world to enjoy the live music playing seven days a week.

“All I need is there,” he once said of the Irish tradition.

Have you ever seen Matt Molloy perform or visited his pub in Westport? Let us know in the comments section, below.