Major movie on Thomas Francis Meagher, Irish patriot, US hero, to be shot

The upcoming John Cusack film is inspired by the book 'The Immortal Irishman' by New York Times columnist Timothy Egan. 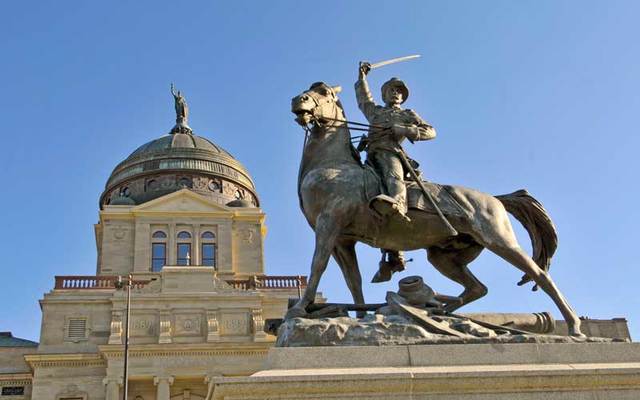 Hollywood actor and producer John Cusack has announced he is shooting a major film on the life of Thomas Francis Meagher, the Irish-born Fenian leader who also led the famed Fighting 69th into battle for the Union Army in the civil war.

Cusack told Irish television’s “Today Show” at the Belfast Film Festival that it would feature a major international cast and be filmed all over Ireland.

Meagher, known as “Meagher of the Sword” for his fierce oratory on the issue of the right of the Irish nation to fight for its freedom, was first to fly the Irish Tricolor and was the leading Irish revolutionary figure pre and post the American civil war.

He was born into comparative wealth in Waterford in 1823 and educated by the Jesuits and was known for his spellbinding oratory.

Meagher was transported from Ireland after taking part in the abortive 1848 rising but later made a daring escape from Australia where he was part of a penal colony.

Arriving in New York to an incredible reception, he galvanized major Irish support around Abraham Lincoln who became a friend. He stood up for the emancipation proclamation and was considered their most dangerous enemy by the British for many years.

After the war he was appointed governor of Montana but died under mysterious circumstances aged but 43.

Along with news of the film, Cusack also uncovered his own roots via the RTE Today program who hired a professional researcher.

The company that conducted the research said, “Working within the tight timeframe, we were very pleased to identify the Irish origins of both the Cusack and Carolan families. We believe that Dennis Francis Cusack was born in the east Galway parish of Ballygar. We have established that John’s maternal Carolan ancestry originated in the parish of Nobber and Kells in county Meath.

The report was conducted by Eneclann who also carried out research on Barack Obama and Tom Cruise.