Lizzo played the tin whistle during her Dublin show

“My Heart Will Go On” has never sounded as good. 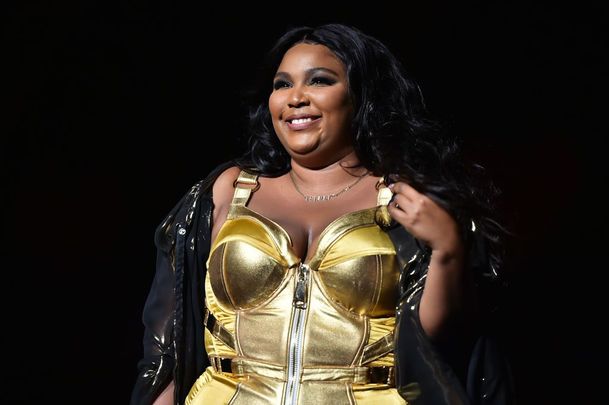 Irish fans claim they “won the lottery” as Lizzo ditches the flute for Irish tin whistle during her gig.

All-round superstar Lizzo had a special treat for her Irish fans this week as she swapped out her trusty flute for a more traditional Irish instrument.

The singing sensation was on a flying visit to the capital as part of the Irish leg of her “Because I Love You” European tour but in complete Lizzo fashion, made the most of her time there to cement herself into the country’s hearts.

Lizzo playing My Heart Will Go On on the tin whistle... Dead #lizzo #goodashell pic.twitter.com/bDHPEc3KqB

Fans were ecstatic when Lizzo showed off her tin whistle skills by playing Titanic classic “My Heart Will Go On” so as per Obama, you can expect a motorway service station down the country built in her honor in no time.

Lizzo also made another tin whistle attempt before the show on RTÉ 2fm, revealing that it was an Irish flute player who influenced her as a budding musician.

Life update: tour is hard, but watching Lizzo play all these damn other instruments is harder.... anybody got any tips for tin whistle technique 

"He was the first person that I listened to, I listened to the man with the golden flute, and I was like, 'I want to be like James Galway,' she said of the Belfast-born musician.

"Because he had a platinum flute and I thought that was so baller.

"I think just seeing me do it is what's different.

"People are like 'oh my god this girl is twerking and playing the flute and she's black and beautiful and that's unexpected' but we're out there, man."

For those not lucky enough to have tickets to the sold-out show, they could still soak up some of the excitement with thanks to an amazing mural of the US star painted to welcome her to Ireland.

Feelin' good as hell! @lizzobeeating mural finished for @warnermusicireland . . Thanks so much to @martina_keogh and @danie.lou for the help  . . This piece is painted on the wall of @busyfeetandcococafe on Chatham Row / South William Street. . . So excited to see this absolute legend perform on Sunday in @olympiatheatre ✊ . . . . . #lizzo #lizzobeeating #lizzomural #warnermusic #warnermusicireland #feelinggoodashell #estr #mural #streetart #graffiti #graff #art #spraypaint #music #artistsoninstagram #dublinstreetart #dublin #ireland

Lizzo herself was not able to head down to see it but she did post plenty of pictures to her Instagram of her stay in the gorgeous Malahide Castle, where she claims one of the ghosts stole her phone.

“I didn’t get to see it but everyone on my team got to see it and I saw it on the internet and I freaked out,” she said of the mural.

Were you at Lizzo’s show in Dublin? Let us know about it in the comments section, below.