A guide to this month's best Irish theatre, dance and film in New York and online. 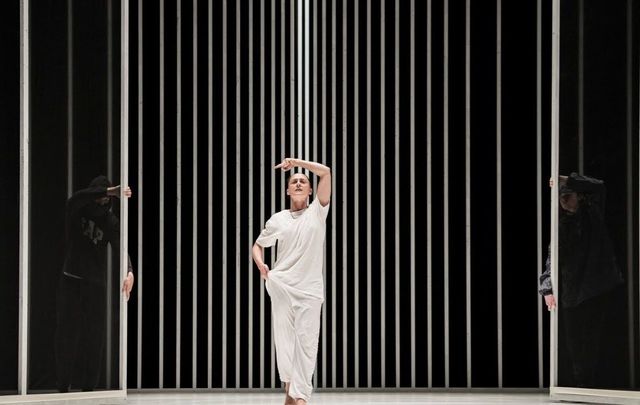 Can you think of anything better to push back against this dark time than a dance?

From January 13 to January 23 the new Irish Arts Center will present the award winning and completely unmissable Oona Doherty in her show "Hard to Be Soft - A Belfast Prayer."

Winner of the coveted Silver Lion award at the Venice Biennale in 2021 (one of the oldest and most prestigious contemporary art and design showcases in the world) Doherty's show is “about the toughness of her hometown... the swagger and sass, rage and resilience built up by men and women in a place where the conflict seems intractable and horizons are limited by constrictions of class and religion.”

"Hard to Be Soft - A Belfast Prayer" also tackles that granite figure, the stoic Irish da and the son growing up in his long shadow, and the way in which depression, anger and machismo can be a toxic brew that stunt and inhibit real communication.

There's a rawness in her work that has astounded critics and the public alike and - although this is a challenging time for ardent theatre goers - expect this show, which rigorously complies with Covid protocols, to bring out the crowds. For tickets and more information visit irishartscentre.org

The film "The 8th," which will be screened online at part of the Origin First Irish Festival from January 12 to the 31, captures the on the ground drama and deep emotions on both sides as it follows veteran campaigner Ailbhe Smyth and the self-described glitter activist Andrea Horan as they chart “a bold strategy of grassroots activism and engineer the near-impossible.”

"The 8th" captures a country in the midst of a sometimes painful transformation, in particular in its depiction of the effort to end the influence of the Catholic church at a time when reproductive rights are being threatened around the world.

Here in the US with reproductive rights again under attack from the Supreme Court no less, it is heartening to see a society take a compassionate view of the rights of the mother as well as the child. To book a ticket for an online viewing visit origintheatre.org.

Five years after the online #WakingTheFeminists campaign, which addressed the glaring lack of national productions for Irish women playwrights (and the lack of representation or access of female theatre practitioners to the top tiers of Irish theatre) a new online forum will ask what has changed since them, and what hasn’t?

What Happened After Waking The Feminists (January 13 through January 31) is the name given to the online Zoom panel, moderated by the theatre artist and acclaimed director Nicola Murphy, who will bring together a mix of female and male perspectives on the grassroots movement, which started in November 2015, and set out to advance women’s equality in Irish theatre. Where are we now, and what needs to change next? To book a ticket for the online discussion visit origintheatre.org. 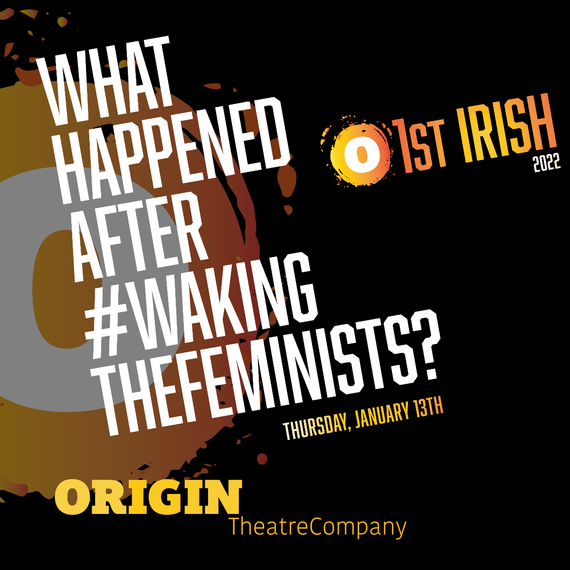 Finally "Boann and the Well of Wisdom" by New York-based playwright John Kearns will receive its world premiere at Ryan’s Daughter in Manhattan from January 16 to 26. In this poetic two-character drama based on the myth of Boann (the Irish goddess of poetic inspiration) we see the young and spirited girl as she matures and yearns to be creative, despite her father’s deep ambivalence.

Her father, Nechtan, whom she helps run the White Cow pub atop a forbidden well in pre-Christian County Kildare, would rather leave things as they are, while Boann, who stands to inherit the pub, would like to infuse it with her own ideas.

With Annalisa Chamberlin as Boann and Brendan J. Mulhern as Nechtan. The show will run live on Saturday Jan 29 at 2P.M. Sunday January 30 at 1P.M. Tuesday Feb 1at 8P.M. Wednesday February 2 at 8P.M and Thursday February 3 at 8P.M. For more information visit origintheatre.org.