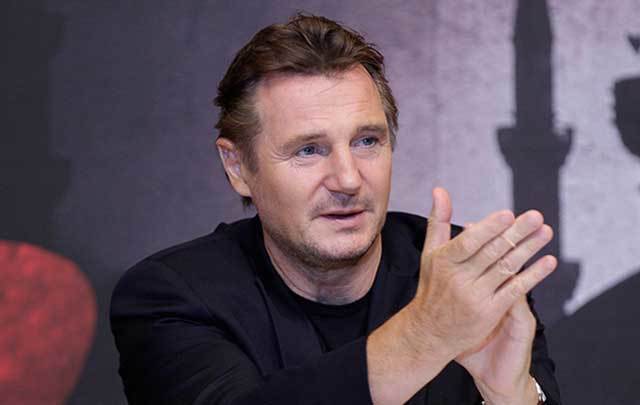 Liam Neeson, who plays a Jesuit priest in the upcoming Scorsese film "Silence," said the role made him reflect on his own spirituality.

“I’m questing all the time about my faith and it shifts all the time,” the Irish actor told PEOPLE.

In the film, which is based on the 1966 Shusaku Endo novel of the same name, two Jesuit priests travel to 17th century Japan, where Christianity is strictly forbidden, to look for their mentor Father Cristovao Ferriera (Neeson), who has been rumored to have committed apostasy after being tortured.

The 64-year-old actor said that the movie’s exploration into faith and theme of standing up for what you believe in made him examine where doubt fits into religion.

“The other component of faith that [director] Martin Scorsese explores in the film is doubt. They’re both [together],” he says. “And I think it is a god-given component. If we have this free will to question and if one believes in God, I think you celebrate that.”

Liam Neeson and Andrew Garfield exchange views on prayer and suffering in this exclusive clip from #Silence. https://t.co/eqU9WM2jUs pic.twitter.com/8EOzF11Fvh

“There’s a certain amount of history to read and research for that period of time,” he says. “It’s great as an actor to get that chance to do really interesting historical research before you actually start acting in the film.”

Neeson added that one doesn’t have to be religious to appreciate the film’s message.

“We all faith in something whether it’s faith in a marriage or relationship or faith in your work,” he explains. “It can be applied to anything.”