Liam Neeson and Colin Farrell head to Toronto with "Widows"

The cast of "Widows" is absolutely incredible and not just because it involves Liam Neeson and Colin Farrell. 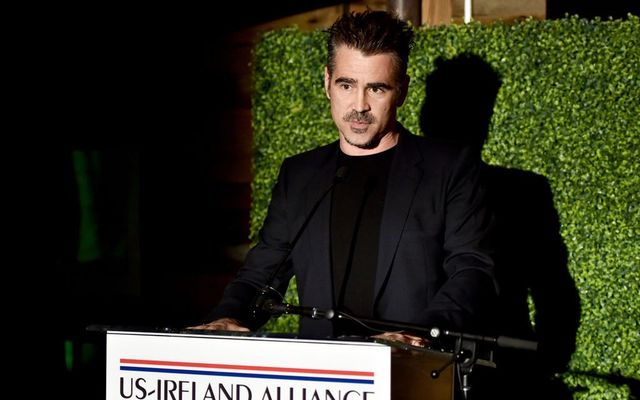 The cast of "Widows" is absolutely incredible and not just because it involves Liam Neeson and Colin Farrell.

Colin Farrell has stayed pretty low-key since his stint in rehab earlier this year.  He graciously kept a prior commitment to be one of the guests of honor at the American Ireland Dinner in New York in May, but since then his public appearances have been nil.

That may change next month at the Toronto International Film Festival, which Colin has attended on several occasions to promote his projects.  He’s got another one slated for the high-profile gathering this year, "Widows," which also stars Liam Neeson and a host of other notables including Viola Davis and Michelle Rodriguez.

The film is directed by Steve McQueen, famous for his Irish film "Hunger" about the 1981 hunger strikes, and the Oscar winner "12 Years a Slave"—both of which starred McQueen’s go-to actor, Irish/German star, Michael Fassbender.

There’s no Michael in "Widows," described as a heist film based on a 1980s British series.  Wikipedia has a pretty basic summary, “Four armed robbers are killed in a failed heist attempt, only to have their widows step up to finish the job.”

The film will go on wide release in the U.S. on November 18.

What do you think of the trailer for "Widows?" Let us know in the comments section, below.