WATCH: When a woman got jail time for kissing her boyfriend in 1937 Ireland 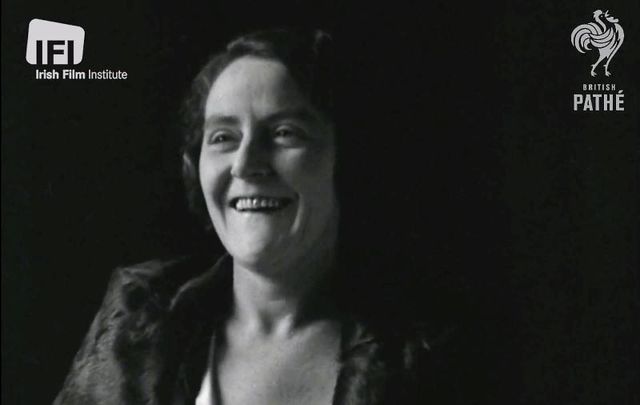 Julia Clarke could only laugh after being sentenced to a month in prison as part of Éamon de Valera’s “Vice Act” in 1937.

Scottish woman Julia Clarke was sentenced to a month in prison as part of Éamon de Valera’s “Vice Act” when she was caught kissing her boyfriend on a church’s grounds in Dundalk, County Louth in 1937.

The "Vice Act" of 1935 was a law "to make further and better provision for the protection of young girls and the suppression of brothels and prostitution, and for those and other purposes to amend the law relating to sexual offenses”, according to Irish Legal Heritage.

Clarke was sentenced by Dundalk Court for kissing her boyfriend on church property at Blackrock, Co Louth. According to a news article at the time, "the local vigilance committee was shocked and the Dundalk Justices were so scandalized that, although Miss Clarke already had returned home to Glasgow, they passed the sentence with a view to keeping her out of the country forever."

This film is part of The Irish Independence Film Collection – The Early Irish Free State which explores facets of Irish society after the War of Independence and up to the birth of the Irish Republic.