Awaiting trial for the wrongful death of Cathriona White, Carrey paid tribute to star saying “I am because he was!” 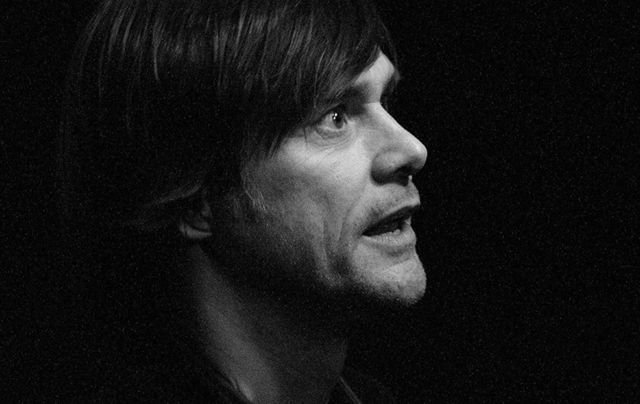 Funny man Jim Carrey paid tribute to Hollywood legend saying “I am because he was!”

Jim Carrey has paid tribute to the late actor and comic genius Jerry Lewis who passed away over the weekend.

Carrey, whose own work is heavily influenced by Lewis’ won career, wrote on Twitter that the 91-year-old had been “an undeniable genius” and “an unfathomable blessing”, adding that “I am because he was!”

That fool was no dummy. Jerry Lewis was an undeniable genius an unfathomable blessing, comedy's absolute! I am because he was! ;^D pic.twitter.com/3Zdq9xhXlE

Born in New Jersey in 1926 to Russian Jewish parents, the young Joey Lewis first came to prominence after as one half of The Martin and Lewis Show in the late 1940s.  From that point on it was as it rocket fuel was propelling his career and he starred in countless movies and comedic sketches. He also worked as a film director and screen write, all whilst garnered plaudits for his work as chairman of the Muscular Dystrophy Association.

The comedian had a number of health issues since June 2006 when he suffered a heart attack. He died at his home in Los Vegas.

Online there was an outpouring of emotion. Here are just some of the messages on Twitter:

Jerry Lewis was a comic and philanthropic icon. I send love to his family today.

Jerry Lewis. A comedy staple of my childhood. We made so many jokes about him on #Blossom. All in good humor! RIP pic.twitter.com/NdagDsgKX7

Our thoughts are with Jerry Lewis' family today as we remember the extraordinary life of one of our greatest entertainers and humanitarians pic.twitter.com/juPNERv5XF

Rest In Peace Jerry Lewis. Thank you for an entire lifetime's worth of laughs. You were one of a kind. pic.twitter.com/i6PoeJkg34

Carrey’s career has over his many decades in public life earned similar praise; however a dark shadow currently hangs over the life of one of Hollywood’s greatest funny men as he awaits trial for the wrongful death of his former Irish girlfriend, Cathríona White.

White family say that Carrey used his “wealth, influence and celebrity status” to obtain prescription pills for her that ultimately led to her untimely demise. Carrey for his part denies the charge and has labelled them “malicious” and “predatory.” The trial is scheduled to take place in spring 2018 in Los Angeles.