A judge sets a court date for 2018 after backing the case of Cathríona White’s estranged husband and mother that Jim Carrey played a role in her death. 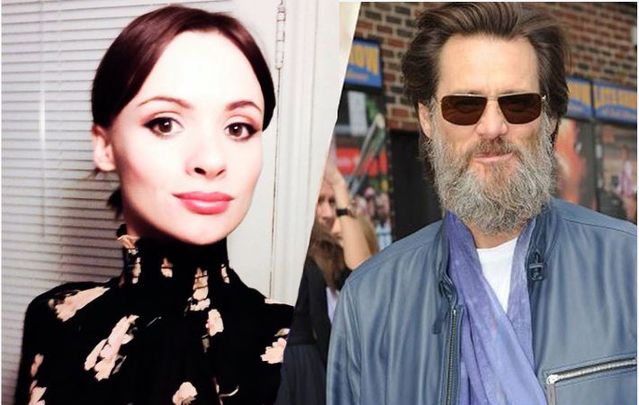 Jim Carrey may face trial over the death of his Co. Tipperary-born former girlfriend Cathríona White as a judge refuses to throw out a lawsuit taken by her family against the actor.

A Los Angeles judge this week ruled against Carrey in a case put forward by White’s estranged husband, Mark Burton, and her mother, Brigit Sweetman, who claim the “Dumb and Dumber” star played a role in the Irish make-up artist’s death.

On learning of her death, Carrey said, "She was a truly kind and delicate Irish flower, too sensitive for this soil, to whom loving and being loved was all that sparkled.” He acted as one of the pallbearers at her funeral in Tipperary after which White’s similarly estranged mother called him “a very nice man.”

Sweetman has since changed her tune, however, launching legal action against the Canadian actor and accusing him of providing the prescription drugs Ambien, Propranolol, and Percocet, on which White overdosed.

Although Carrey’s lawyers have described the claims as “malicious” and “predatory”, Judge Deirdre Hill of  Los Angeles Superior Court ruled Wednesday that the trial would go ahead, setting a date for the estimated 20-day trial for April 26, 2018.

“Mr. Carrey loved Ms. White dearly and so obviously it will be a very painful process for him,” said the actor’s lawyer Raymond Boucher after the hearing.

Hill also outlined, however, that this is not her final decision as she needs to reflect more on the case.

“We are clearly not alleging that Jim Carrey was selling drugs out of the back of his pick-up truck, and was therefore not marketing or selling in the traditional sense of what that word would bring to mind,” said legal representative of the claimants, Ahmed Ibrahim.

According to details of the autopsy report acquired by the Daily Mail, White had taken prescription medication from Carrey’s home a few days before her death. The official toxicology report states she died from an overdose of prescription drugs including propranolol (a beta-blocker used to treat high blood pressure), zolpidem (a sleep aid sold as Ambien), and painkillers oxycodone and oxymorphone.

The complete autopsy and toxicology report contains information on how White was found by her friends Dennis and Lena Bradshaw and Carrey’s assistant Nicole Montez in her LA home and also contain excerpts from a suicide note addressed to Carrey in which she left funeral directions to him.

The letter allegedly read: “I’ve spent three days now in disbelief that you’re not here. I can go on and try to put the pieces back together. I could, I just don’t have the will this time.

“I don't really know about burial or that sort of thing,” She wrote. “You are my family so whatever you choose will be fine.

White was to proceed with divorce proceedings with Burton shortly before her death. His original complaint claimed that,  "Carrey wrongfully and illegally obtained these drugs in clear violation of California law” and that he had attempted to “conceal and obfuscate his involvement and culpability in Miss White's untimely and tragic death”.

“What a terrible shame. It would be easy for me to get in a back room with this man’s lawyer and make this go away, but there are some moments in life when you have to stand up and defend your honor against the evil in this world,” Carrey said in a statement when the original complaint was made.

“I will not tolerate this heartless attempt to exploit me or the woman I loved. Cat’s troubles were born long before I met her and sadly her tragic end was beyond anyone’s control.

“I really hope that someday soon people will stop trying to profit from this and let her rest in peace.”