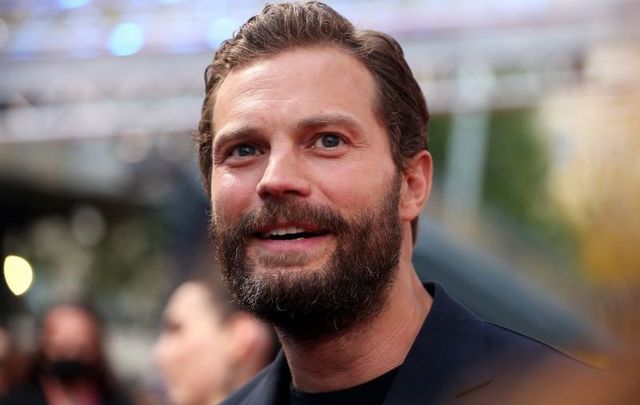 His role as the sadomasochistic Christian Grey in the Fifty Shades of Grey trilogy made Jamie Dornan an international star, but the Northern Irish actor admits to reservations about being cast in the racy role.

Speaking to the December issue of British GQ to promote his much more respectable turn in Kenneth Branagh’s new film Belfast, Jamie was the second choice of Grey producers who fancied Charlie Hunnam of Sons of Anarchy fame.

But when Hunnam dropped out, Jamie got the nod.

“I felt a certain amount of relief when he got it, to be honest. I thought, ‘This would have been fun, but it would have been a strange ride. Better not to be on that ride,’” Dornan said.

“But he pulled out and then I got a call. And I got it. And there we go. I had to confront that choice again.”

And we all know what happened…the films were slated by critics but adored by fans, as the billion-dollar box office haul shows. And Dornan is grateful for that.

“I take issue with the whole thing being just a bit of a joke. Everyone involved worked as hard as they could on those films, including myself,” he said.

Belfast opens next week and all indications are that it’s a strong Oscar contender.