The Irishman Abroad asks why is Rob Kearney switching to Gaelic football?

This week the Irishman Abroad looks at an Irish rugby hero's possible move to the GAA, takes a look at Gov Cuomo's resignation and shares questions all runners should ask themselves. 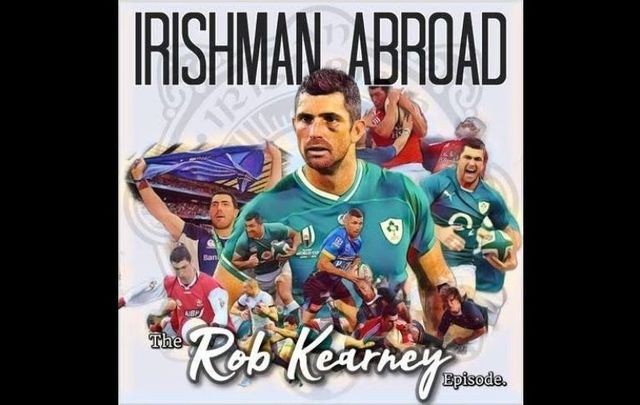 In this week's Irishman Abroad podcast series, Jarlath Regan finds out why Ireland’s most decorated rugby legend is returning to his GAA roots, what made Governor Andrew Cuomo finally step down and the questions Sonia O’Sullivan thinks all runners must ask themselves.

Less than a year ago he was on the rugby field leading from the front for club and country in front of an audience of thousands, now his commuting from his home in Dublin to his boyhood club of Cooley in Louth to play the first sport he loved in front nobody. Why? Jarlath Regan, the Irishman behind the run-away hit podcast series known as an Irishman Abroad sat down with Rob Kearney to talk about his life, career, and strange new pivot into GAA. Is there a bigger ambition here? Does he have aspirations to play for the county?

In this long-form and wide-ranging interview, Kearney opens for the first time about the motivation behind the switch. There’s also an examination of his difficult early years at Leinster when he describes the torrid time, then coach, Michael Cheika gave him. Straight out of secondary school and thrown into a clique-ridden locker room with his heroes he opens up to Jarlath about feeling actual dread over attending training. There’s an eye-opening discussion of the bullying he suffered at an early age, the process of writing a book with the legend David Walsh and of course the legendary defeat of the All Blacks in Chicago. 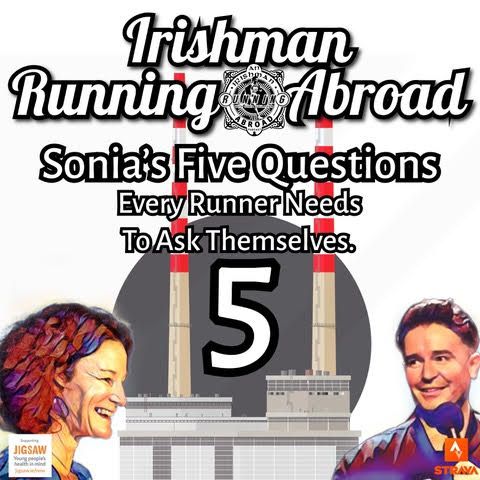 Earlier in the week, another Irish sporting icon joined Jarlath for the weekly Irishman Running Abroad series. This strand of the podcast was born out of Jarlath’s need to get fit in lockdown. With the help of the Irish athletics queen, Sonia O’Sullivan, he has done it. In 12 months she has taken him and thousands of listeners beyond their fitness and running goals through her no-nonsense advice and workouts. In another lively and often hilarious chat about the realities of trying to balance family life with a running schedule, Sonia presents the five questions she believes all runners need to ask themselves.

Recently Sonia became an Irish woman in America when she moved to a new role assisting Pete Julian and his elite Nike running team in Oregon. Her notes from the road provide some of the highlights of the series. On a recent visit back to Ireland Sonia announced an impromptu meet-up run for the podcast’s growing Strava club members. Listeners had the chance to live the dream and run alongside the former Olympic great. In this episode, Jarlath and Sonia review the event including some stragglers who attempted to hide in bushes rather than keep pace with the former world champion. 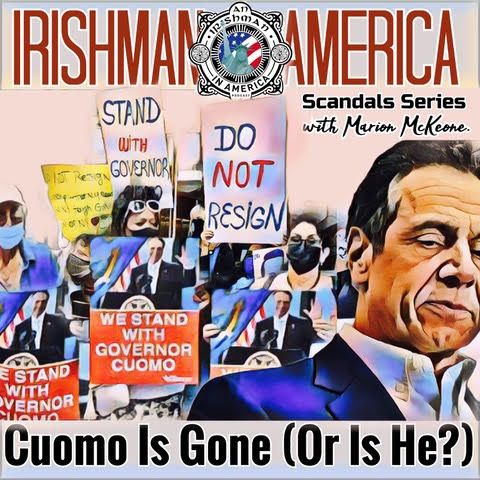 Each Friday the Irishman Abroad podcast turns its focus to American politics with the razor-sharp analysis coming from Sunday Business Post Washington correspondent Marion McKeone. This week she trawls through the ashes of the Andrew Cuomo affair and ponders whether Cuomo is a lame duck or planning a new election run as the "Trumpian Democrat". The episodes with McKeone have proven to be some of the most listened to across the pandemic. Members and supporters of the series can gain full access to a vast back catalog of her reports and episodes here.

Next week Jarlath meets The Saw Doctors to discuss the 30th anniversary of their now legendary debut album “If This Is Rock And Roll I Want My Old Job Back”. To gain early and exclusive access to that episode click here.