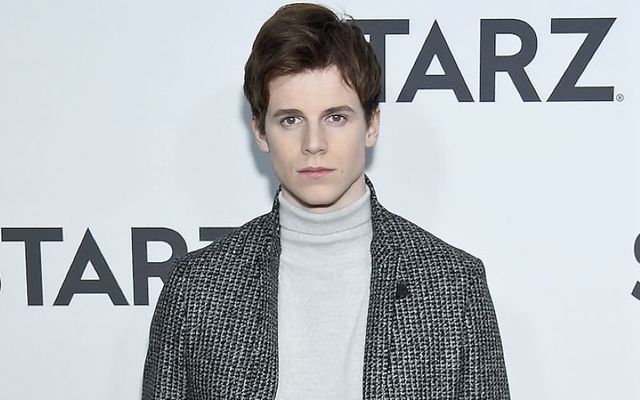 Ruairi O'Connor has been cast as Buddy Holly in an upcoming biopic about the famous rock 'n' roll star. Getty Images

O'Connor, who played a young Henry VIII in the Starz miniseries "The Spanish Princess," will star in "Clear Lake," which is slated to begin production next spring.

Producers and casting directors at Presser/ Well Casting selected the Irish star after a rigorous six-month selection process because he resembled Holly and could also perform his most famous songs.

The upcoming biopic will be directed by Bruce Beresford, who received Oscar nominations for directing "Tender Mercies" and for Best Adapted Screenplay for writing "Breaker Morant." Beresford also directed "Driving Miss Daisy" which scooped the 1990 Oscar for Best Picture.

Rick French and Stuart Benjamin, the biopic's producers, said that thousands of people auditioned for the role of Holly.

"We looked at hundreds and hundreds of audition tapes for the Buddy Holly role and interviewed some tremendously talented actors and musicians but Ruairi’s audition really stood out," French told Variety.

"He’s a terrific young actor who exudes charisma and he’s also a very accomplished musician who our team believes can handle this very challenging role."

"Clear Lake," with O'Connor as the lead, will tell the story of how Buddy Holly and other prominent music stars of the 1950s gave birth to rock 'n' roll and helped to transform civil rights in America.

The film's name is a nod to Holly's infamous death, which occurred in a plane crash just outside Clear Lake, Iowa, on Feb. 3, 1959. A number of famous 50s rock 'n' roll stars perished in the plane crash, including Ritchie Valens and "The Big Bopper" in an event that later became known as "the day the music died" thanks to Don McClean's "American Pie".

The biopic is being developed by Prix Productions, Stuart Benjamin Productions, and BMG, which manages Holly estate and owns the American publishing rights of his catalog.

Oh. Boy. I’m not one to post these kinds of things, or much of anything really, but I finally got a blue tick and gee I’m jonesing for that NEXT LEVEL VALIDATION, so prepare your feeds for two and a half years of backdated Spanish Princess gifs and gizmos. But before that, a giant paragraph of sentimental sludge: When I was a year old my Dad stumbled on a late night rerun of “Words of Love” on BBC 2. Being a Dad, it didn’t trouble him to start watching a film from the midpoint and he soon gathered it to be about a young lad in Thatcher’s England whose dream was to be his idol, Buddy Holly. Being a sucker for made for TV films and late night revelations, my Dad spent his next lunch-break guitar shopping and started weekly lessons at an age most rockstars die at. Two lessons in the bag and he came home with a half-size drum kit. He’d spotted it in the local paper and immediately called my Mum to say he was “bringing her home a very special present,”. This was cause for at least some confusion as he walked straight by her carrying a miniature bass drum in one arm and a child sized leather stool in the other. Luckily she wouldn’t be in a state of confusion for long as she was about to enter a years long state of despair as my Dad and I practiced our strumming and stick banging every night in her kitchen. “Words of Love” by Buddy Holly was the first song either of us ever learned to play. If anyone has actually read this far what I’m about to say will be entirely self-evident, but suffice to say this development is our strongest hint yet that we may be living in a simulation and or simulations, most likely, as I have often suspected, based entirely around my existence. If you have any particularly strong opinions as to your own existence or lack thereof please feel free to DM. In the very unlikely event that we don’t all live in the Me-Matrix then I will just be very, very glad that I inherited an “ah sure give it a go” musical attitude and a head of very dark curls from Raheny’s favorite dentist; my Dad. END OF/ SENTIMENTAL SLUDGE phew