Irish people we love: Meet the man crafting the soundtrack of Dublin City

Niall Byrne first began the site Nialler9.com as a web design portfolio in 2005 filling a gap in the market for those who just wanted somebody to tell them what they should be listening to. 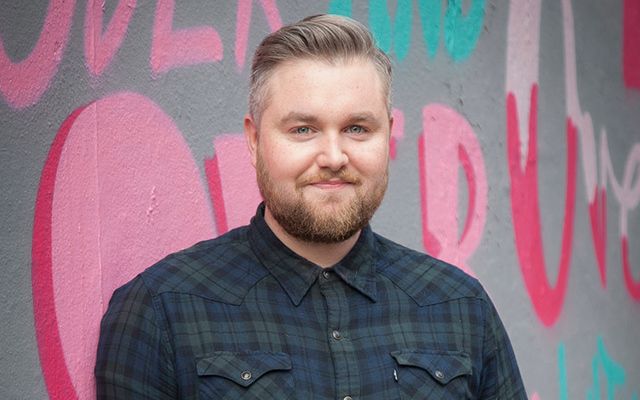 When Niall Byrne first began the site Nialler9.com as a web design portfolio in 2005, Ireland was awash with singer-songwriters. Good singer-songwriters, it’s fair to say, but none that performed music that truly fell in line with Byrne’s taste or what moved him.

Byrne was a passionate music fan. He wrote about music with tremendous enthusiasm. Initially he shared his musings on music with his friends, but Byrne quickly realized that he was filling a huge gap in the market for a new-music-thirsty audience, Irish and international, that just wanted somebody to tell them what they should be listening to.

The site grew and before long Byrne knew that this one-time portfolio project could be turned into a music site focusing on new music from home and abroad, allowing music lovers to find their next big favorite through carefully curated playlists.

Twelve years later Byrne is still at the helm. The almost accidental founder of Nialler9 is now regarded as one of the top influencers on the Dublin music scene. He regularly DJ's around the city, which he fits in around his commitments to running the web site and his growing role as music curator for TV and video with Avant Music Port.

“I think when I started out there was no such thing as music blogs or music sites so it kind of meant that everything I was doing was the first of its kind,” Byrne told IrishCentral.

“The American audiences and bands were better at picking up on the existence of the site in the first place because there were more American equivalents, so I got a lot of indie rock stuff sent from America.

“Then, two years in, it was a case of Irish bands starting to notice. I've noticed that, over the years, Irish bands now are so much savvier than they used to be. Like seriously savvy. They know their stuff and they know who to contact and that kind of stuff. It’s been a lot better but it's gotten to the point now where I get like 300 emails a day.”

While all Irish Americans have heard of U2, Hozier, and Niall Horan, and many tourists will be on the lookout for a great traditional music session when they visit the Emerald Isle, many may not be aware of the enormous love for other kinds of music throughout the country. They may also be unaware of the emerging Irish talent that is keeping Byrne on his toes. Nialler9 features new music on a daily basis and provides weekly and monthly curated playlists on Spotify. Byrne also writes a column twice a week for the Irish Times.

“What I do, generally, is I recommend music that I like, as simple as that. That encompasses the website, Spotify playlists of all different varieties, and including international music and Irish music. A bit of everything,” Byrne explains, emphasizing the extent to with new music is what he alone chooses to highlight.

“My own taste in music is pretty all-encompassing of everything but my preference. My favorite kind of music is music with some kind of imagination. Music which sonically is doing something a little bit interesting or different. I think that, generally, for me, something that’s slightly electronic but also has some pop elements to it.

“My favorite type of music to listen to is what I like to think of as that kind of cutting edge sort of music, a future music, the music of the zeitgeist, the music that's kind of ‘now.’ It's being made now.”

With such an emphasis on his own personal taste most of Nialler9 is still a solo project. It may sound like a dream job –  listening to music and writing about it for the day – but the reality is that sifting through emails for something that grabs his attention and trying to generate advertising money in a crowded online music scene means it's hard work just to keep things going.

“I like music and I like sharing music. I didn't start as a writer. I started as a music lover. So that was my main thought when I started was to share music and people that I liked,” Byrne reflects.

“I've just kept it with enthusiasm and go from there really. I think maybe the authority is built up around you by other people. You know what you like and you know what you don't like.

“If I feature something, that means I really like it, and I think that's key to what I do because that means that people know they can trust me that I like something enough to feature it.

"There's loads of stuff I don't feature and most of the stuff I get sent I don’t feature so that's kind of it. If it gets featured on the blog then you know I really like it and that's what I hope they'll come back for.”

And this is exactly what people have returned for, counting on Byrne to offer up the soundtrack as new tastes and trends emerge.

“There's so much music out there I actually have to think about the kind of stuff that I didn't have to before,” he states.

“I used to just write about a song if I liked it but now I have to think about whether that band has something going on, if they have something for the future, if they have more than one song because, for my audience, they want to be hearing bands that have some momentum.

“Occasionally, I'll throw a curveball in for myself and feature something that I wouldn't normally feature so, yeah, it's different. You've got to keep yourself guessing as well. You can't define yourself too much because then you're going to get yourself into a corner. Music changes so much.”

Music changes - internationally and at home. While much of the new music emerging from Ireland may not be instantly recognized as Irish, there are still those who will become as distinctly Irish as Luke Kelly.

“One thing is that Irish music has so many types of sounds now where it didn't before … but the flip side is that maybe it's more global in that sense because it doesn't have a definable Irish sound,” Byrne offers.

“Although, there are some artists that vocally could be known as Irish. Lyra from Cork, who's doing really well, she has a lovely Cork lilt in her accent and you know you wouldn't get that if you were from anywhere else.

“I think that's really to be celebrated. No other acts sounding like that is a really good thing and a unique thing.

“I have an interest in seeing Irish music do well and the industry do well here, which it certainly has in the last four/five year,” Byrne continues.

“It's a great place to make music … Irish bands seem to achieve very high levels of success despite that so I have an interest in seeing that. I mean, it's a pride in your own country and a pride in seeing good stuff happen locally and having a scene thrive … I think lots of really interesting stuff is happening here.

You can listen to some of the top picks from Nialler9 in his New Irish music playlist below: