Irish movies and stars to look out for in 2021

Cahir O'Doherty previews the most exciting projects coming out of Ireland in the next 12 months. 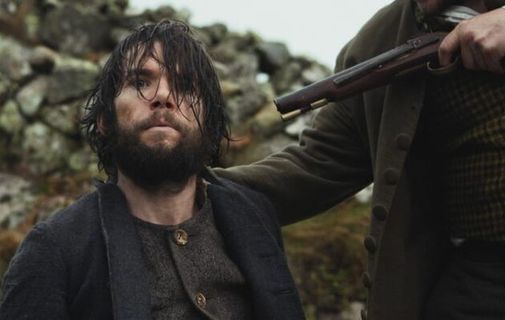 A still from the movie Arracht. Break Out Pictures

Pandemic or not, art doesn't stop and 2021 already looks like a banner year for Irish stars and film.

Few things bring people together like a well-told story and that's what you can expect when the Irish feature film (and Irish nominee for Best International Picture) Arracht finally reaches our shores this spring.

Set in 1845, the first year of the Great Hunger, this new Irish language feature film follows a fisherman named Colman Sharkey, a father and husband, who takes in a stranger when a local priest asks him to.

The stranger, a man named Patsy, is a veteran of the Napoleonic wars and his arrival coincides with the start of the potato blight, a development that will push the Irish, already banished the worst lands and the merest holdings, to the brink of ruin.

As the potato crop, the locals-only staple, starts to rot in the fields the scale of the unfolding disaster begins to reveal itself to the most astute. Colman, his brother and Patsy have no choice but to make their representations to the local English landlord, whose plan to raise the rents will destroy their entire community.

What follows takes Colman on a path to survival at all costs in this striking debut feature written and directed by Tom Sullivan and starring Donal O Haelai. The film is another reminder that younger directors are increasingly unafraid to tackle the legacy of the famine or the potency of portraying it on screen.

Last year the Korean foreign language film Parasite won the Best Picture Oscar and the producers of Arracht are hoping to do the same. “I am overjoyed with the news that Arracht has been chosen by the IFTA selection committee to represent Ireland in the Oscar’s Best International Film category,” Sullivan told the press recently.

“This is recognition of the team's work and dedication and to be considered on this level is a huge honor and beyond exciting.” Keep your eye out for it in the months ahead.

Films that got lost in the pandemic shuffle include A Quiet Place: Part Two, starring Ireland's Cillian Murphy. A sequel to the almost unbearably suspenseful original it had posters up in the subway just before the lockdown started. Soon you can catch John Krasinski’s follow up to the 2018 horror when Murphy joins Emily Blunt.

An interesting looking retelling of the Arthurian legend, The Green Knight will tell the story of Sir Gawain (Dev Patel) on his daring quest to pit his skill against the eponymous Green Knight, a hulking emerald-skinned stranger and tester of men. He'll be joined on his journey by Ireland's breakout star Barry Keoghan.

Another star on the rise to watch out for this year is Kerry born Jessie Buckley, who was most recently seen in the odd, unsettling Netflix drama I'm Thinking Of Ending Things. Buckley gave a barnstormer debut performance as a would-be country singer in Wild Rose.

This year the 31-year-old will play the lead in the new movie from Alex Garland (who directed Donal Gleeson in the sci-fi shocker Ex-Machina). The new thriller called Men focuses on a young woman following the recent death of her husband and Buckley successfully landed the role that was also sought after by a number of well-known stars.

Meanwhile, as you're trapped indoors waiting for an all-clear now might be the time to download the Irish Film Institute app and check out their Growing Pains series, which features a selection of Irish films on its video-on-demand platform IFI@Home.

The films feature a series of striking coming-of-age stories that explore the thousand natural shocks of Irish teenage life including teenage pregnancy, mental health and other pressing issues that have long been ignored by Irish directors.

The collection also features international hits like John Carney's multi-award-winning Sing Street, which has inspired the Broadway-bound musical of the same name which will hopefully return to Times Square after the pandemic. All of these titles are available to view via the IFI@Home app available on Apple, Android and Apple TV.