People around the world have missed belting out the famous hit at sports grounds and nightclubs. 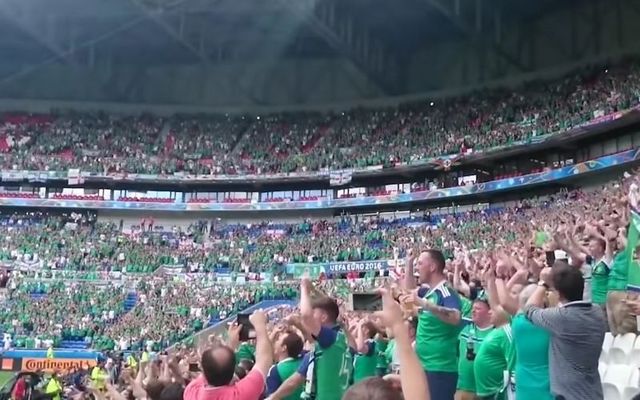 Irish Neil Diamond fans featured in a global rendition of the singer's famous hit "Sweet Caroline" in an attempt to bring people together at the end of a difficult year.

Northern Irish soccer fans and other Irish Neil Diamond fans feature in the viral video, which was recorded virtually between November 20 and December 4 this year after Diamond appealed to fans to send in their own take on the famous song.

Fans uploaded their own attempts at the classic song and the best submissions were then added to the memorable four-minute video, which was released on December 21.

"Sweet Caroline" is easily Diamond's most recognizable hit and offers a message of hope and optimism during the darkest days of the COVID-19 pandemic.

"2020 has been a tough year for everyone, so we wanted to bring people together the best way we know how: through music," the video says.

The video features uploads from fans during the pandemic in addition to archive footage of sports fans belting out the popular song before the pandemic. Among those sports fans are Northern Irish fans at Euro 2016.

The song has achieved fame across the world thanks to its catchy chorus and it has become a fan-favorite in sports grounds everywhere.

The song has become an anthem for fans of the Boston Red Sox at Fenway Park, while it has also been adopted by Northern Irish soccer fans who sing it religiously while following the Green and White Army.

The song was originally written for Caroline Kennedy, the daughter of former President John F. Kennedy. Diamond wrote the song after he saw an image of Caroline Kennedy on a horse and even sang it for the famous Kennedy at her 50th birthday in 2007.

The song only reached number 4 in the USA when it was released in May 1969, but it has endured over the past 50 years.