Already a critically-acclaimed movie, a new trailer for the Great Hunger action thriller movie “Black 47” has been released, by Warner Bros, ahead of the drama’s official Irish and United Kingdom theater release dates. 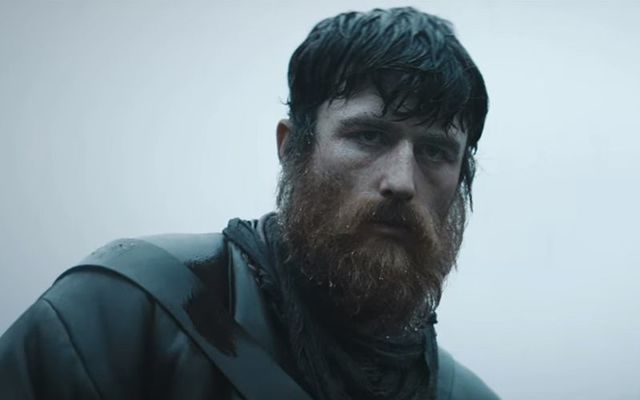 Feeney, the Ranger, played by James Frecheville, in "Black 47".

Already a critically-acclaimed movie, a new trailer for the Great Hunger action thriller movie “Black 47” has been released, by Warner Bros, ahead of the drama’s official Irish and United Kingdom theater release dates.

The movie, “Black 47”, follows the story of an Irish Ranger, during the worst of the Irish Famine in 1847. The Irish young soldier had been fighting for the British Army abroad but abandons his post to reunite with his family. Despite been hardened by his time on the battlefield he is shocked by the horror he discovers in his ravaged homeland.

“Black 47” was written by Lance Daly and P.J. Dillon and also directed by Daly. Starring Hugo Weaving, Stephen Rea, Jim Broadbent, Barry Keoghan, Moe Dunford, and Freddie Fox, to name but a few, “Black 47” was released at the Berlin Festival in February 2018 to rave reviews. It was then aired in Ireland at the Dublin International Film Festival. It will now be released in Irish theaters on September 7 and in the United Kingdom on September 28.

What will be interesting is seeing how the movie depicting the desperation and destruction of the Irish Famine is received by the public. Despite critical-acclaim and the fact that the movie is set for general release it currently only has a rating of 50% on RottenTomatoes and 6.4 on IMDB.

The show trended on Twitter for a day with the public left reeling by the realities of the Irish Famine.

Come September 28 we may very well see the same reactions as the action revenge thriller “Black 47” hits the big screens in the United Kingdom.

Read more: Mid-famine Irish revolt against British comes to an end in a cabbage patch

Have you been lucky enough to see Black 47? What did you think? Or will be you heading out to see it later this year? Let us know in the comments below.

Here are some highlights from the Berlin Film Festival press conference for "Black 47":