“Ireland is, like, the most beautiful place I’ve ever seen, kindest people I’ve ever met and you are always thirty seconds away from the saddest conversation you’ve ever had.” 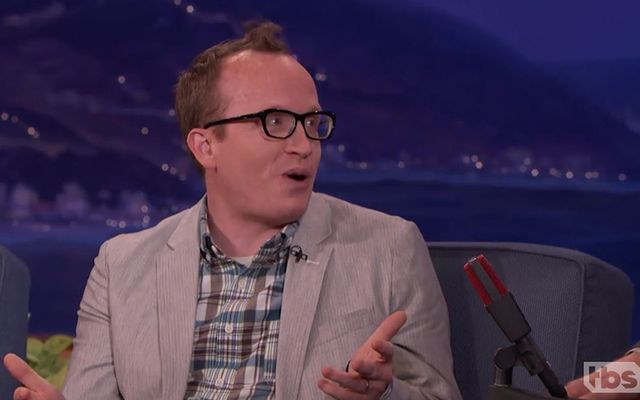 Ireland certainly has a reputation for its beauty and its welcoming atmosphere, but as anyone who’s from there or spent a significant time in Ireland knows, it’s also suffused with a certain sense of melancholy that stems from its long and messed up history.

If anyone could pick up on this immediately, of course it would be a comedian, and that’s exactly what happened when Chris Gethard, an Irish American comedian from New Jersey, visited Ireland last year.

Gethard appeared on the Conan O’Brien show earlier this week, and the first thing they talked about wasn’t his TV series The Chris Gethard Show, nor his one-man off-Broadway show Career Suicide, nor his roles in Broad City and Inside Amy Schumer.

Instead, they talked about Ireland. And man, does Gethard have some stories to tell about visiting the village where his maternal grandfather was born and raised. Conan O'Brien, no stranger to Ireland himself, dissolved into laughter.

“Ireland is, like, the most beautiful place I’ve ever seen, kindest people I’ve ever met and you are always thirty seconds away from the saddest conversation you’ve ever had,” he began.

His first sad conversation was with an elderly woman in the village, with whom he was talking about the pub his family owned. Gethard was delighted when she said she remembered it and asked her if she would point it out to him.

“No, no, that building was destroyed by bombs.”

“I called my mom from a field and said ‘Did poppy ever tell you anything happy about this place?’ She said ‘There was this one little bridge over this stream, and he always talked about how much he loved it.’ And I said ‘I can see it!’ I could see it from where I was standing in this field,” Gethard says. “And she said ‘Yeah, him and the other Catholic boys used to meet there and fist fight the Protestants on that bridge.’

I later found out the field I was standing in used to be an orchard owned by my family until my great-grandfather gambled it away and then went blind.”