If you run into Justin Bieber at a bar, he’ll ask you to buy him a Guinness

When it comes to Guinness nobody can resist its charm, not even pop superstar Justin Bieber. 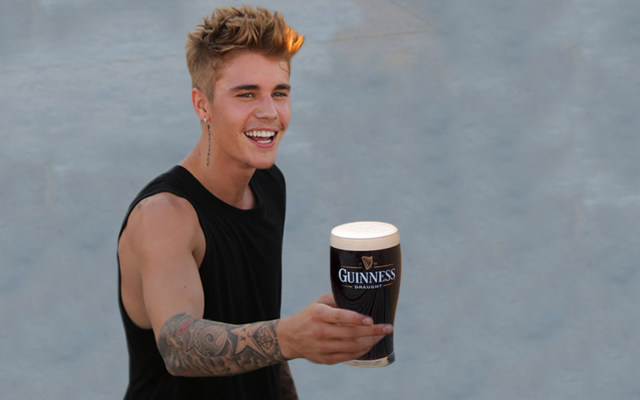 When it comes to Guinness, nobody can resist its charm, not even pop superstar Justin Bieber.

The ‘What Do You Mean’ singer was enjoying a quiet drink in Gramercy Ale House near Union Square in Lower Manhattan fresh on the heels of his musical faux pas which saw him forget part of the lyrics to his latest song, the remix to ‘Despacito’ by Luis Fonsi and Daddy Yankee.

Bieber was reportedly in high spirits despite the negative attention he has been receiving since the blunder, and told a group of bar-goers he had some time off and was just hanging out. The brief encounter ended in one person buying Bieber a pint of the black stuff, surely one of the purest signs of respect.

Bieber is no stranger to Guinness, well at least not the Guinness World Records book. In the 2017 edition Bieber was honored with eight new world records after his success on Spotify, as well as his chart-topping dominance.

Among the eight awards Bieber claimed were the most streamed album on Spotify in one week, for Purpose which was streamed 205 million times, and for his 13 simultaneous entries on the Billboard Hot 100 chart.

If he's a fan of the black stuff, he should really try a pint in Ireland, where scientists have proven Guinness tastes better. Luckily, Justin Bieber will return to Ireland in June 2017 when he plays the RDS Arena in Dublin.