‘I, Dolours’ IRA documentary called one of the best films of the year

‘I, Dolours’, the new documentary about IRA member Dolours Price, is set for wide release in Ireland on August 31. 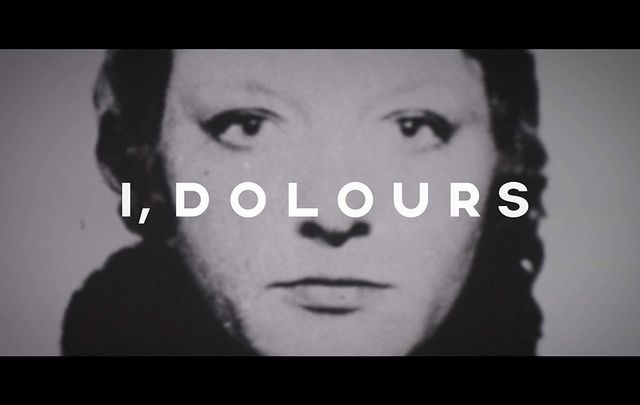 'I, Dolours' focuses on the interviews of former IRA member Dolours Price IMDB

‘I, Dolours’, the new documentary about IRA member Dolours Price, is set for wide release in Ireland on August 31.

Already being hailed by RTÉ as “one of the best” films of the year, and by The Irish Times as “essential viewing,” 'I, Dolours' splices together Price’s taped interviews, archive footage from The Troubles era, and dramatic reenactments.

In 1973, Price was sentenced to life in prison for her part in a car bombing at London's Old Bailey. While in prison, she was force-fed during a 200-day hunger strike. Price was released early from prison after seven years.

In 2010, Dolours Price agreed to a taped interview with journalist Ed Moloney about her experience with the IRA, but only on the condition that the tapes wouldn’t be released until after her death.

After Price died of an overdose in 2013, the tapes went public. They ultimately shed light onto some of the biggest mysteries of The Troubles, including the disappearance of West Belfast mother-of-ten Jean McConville in 1972.

McConville, who was believed by the IRA to be a British informant, was abducted from her home in 1972. Her body was found some thirty years later buried on a beach in Co Louth.

In her interviews, Price admits to driving McConville and others who are now remembered as ‘The Disappeared’ to their deaths.

In the trailer for the documentary, Price - somewhat chillingly - describes what she advocated for those who were discovered to be British informants: “The bodies should have been thrown out on the street to put the fear of God into anyone who’d choose that way of life.”

The new documentary tells the story of IRA militant Dolours Price. It has been called one of the best films of the year. Read more about it here: http://bit.ly/2wvQjQj

Posted by IrishCentral.com on Thursday, August 30, 2018

Director of the film Maurice Sweeney told the told the BBC that the documentary "is Dolours telling her story.”

"You don't have people chipping in and saying 'on the one hand this, on the other hand that."'

Ed Moloney, who interviewed Price and wrote and produced the documentary, hopes the film “will tell a whole generation 'this is what the troubles were like.’”

"And to another set of people it will remind them what it was like, and for some of them, they will perhaps question whether the whole thing was worth it?

"That's the question that Dolours poses at the end of the day."

What do you make of the trailer?