Newcomer Clare Dunne's "Herself" is now available to stream on Amazon Prime. 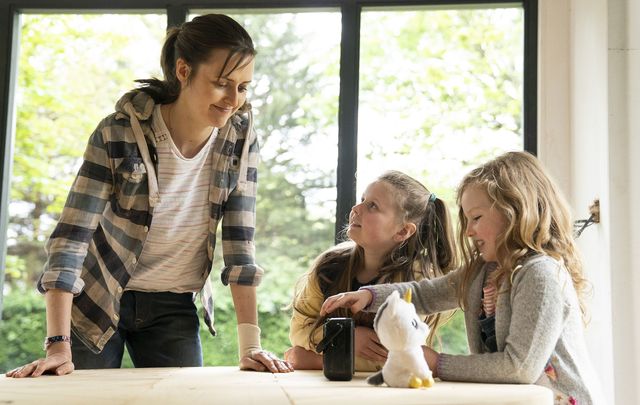 Out now online, Herself. Amazon Studios

Herself is the story of an Irish mother rescuing herself from an abusive former spouse and wage poverty and it'll have you cheering for a brilliant, hard-bitten woman who only wants what we all want, a bit of love and peace.

Speaking to the film's breakout star actress Clare Dunne, 33, I tell her that I can't think of many recent Irish films where the female character gets to tell her own story on her own terms.

“It comes from life,” Dunne says. “It was based on a real story that happened to a dear friend of mine who's a single mother with three children and who was kinda forced into a situation where she had to get temporary accommodation.”

Her friends' hard story stayed with her as she came to New York to audition for parts. “And one day when I was sitting in a New York apartment auditioning for a role and I guess I was just wishing that my friend could bypass this whole antiquated welfare system. I felt like she was in a queue waiting to begin her life.

"She was an independent person, a hugely determined spirit, getting her kids through school, working on a couple of jobs, and yet she was being made to feel like she was a kind of drain on society.”

Her friends' experience made her decide to write Herself, in which she also stars. It was important that despite all the setbacks that Sandra (Dunne's character in the film) meets, she never feels herself to be a victim. 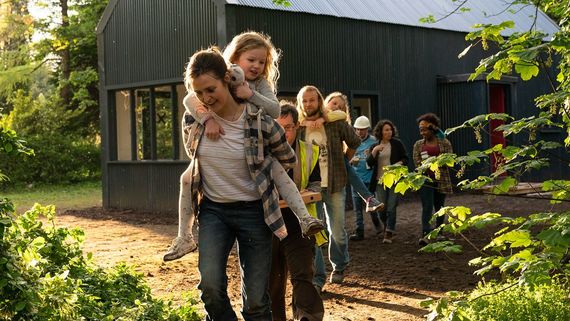 "Herself,"written by and starring Clare Dunne, was a standout at Sundance

She is however facing serious emotional and physical abuse at the hands of an increasingly toxic partner who has his eyes on sole custody of their children as well as on revenge for a broken relationship (even though it's his fault).

The film is about the nearly lost tradition of meitheal, the Irish word for a work team or co-operative labor system where groups of neighbors help each other achieve a goal that elevates the whole community. Another word for it might be socialism. It's the springboard that changes Sandra's life and aids the lives of others around her.

But Herself also asks a big question about what's happening to Irish society right now. What do we owe to ourselves and what do we owe to others it asks us? And it reminds us that we're not doing so well answering that question yet.

Scenes where long lines of potential renters stand outside apartments in places like Rathmines remind us that the Irish property struggle is real and the prices are robbery. When Sandra wants to take control of her life it becomes clear quickly that this route is going nowhere. Instead, she decides to take matters into her own hands and build her own house, with some meitheal from friends and family.

“You've hit on exactly what I was sort of obsessed with at the time I was writing the film. They say a country has to be about a hundred years old before they start to find their voice or become who they truly are, exactly like becoming a person, coming into maturity. And I find it interesting that in the last 20 years we have changed so much in referendum after referendum. We're growing up and taking responsibility for ourselves.

With the idea of meitheal I just wanted to remember who we were before we were colonized. We used to be a bit more community-based, there was more equality in the trading of things because it wasn't as capitalized.

“A lot of people now have a very sad view of the world and they say things like what happen to Sandra don't happen anymore when they actually do in very small everyday interactions."

"I say if we touch into that in a bigger way, then we realize that it doesn't have to be this way anymore basically, we don't have to make it so hard to get food, shelter, water, and education.”

Herself is available on Amazon Prime from today, January 8.