“I think I’ll probably come back as an angel” Cranberries star’s prolific words as she said he’d be happy to live to 50. 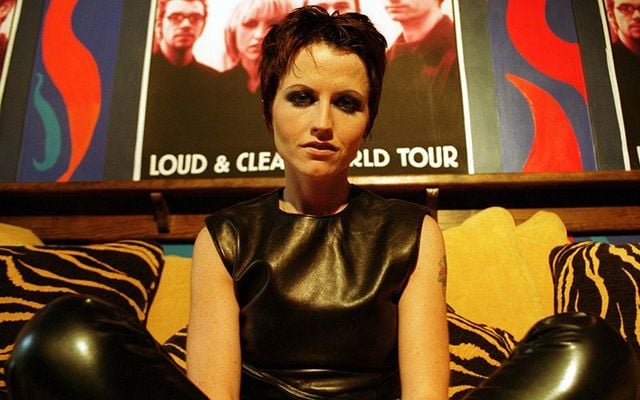 “I think I’ll probably come back as an angel” Cranberries star’s prophetic words as she said she’d be happy to live to 50.

The autopsy of Dolores O’Riordan, The Cranberries songwriter, and singer, is set to be carried out by the coroner’s office in Westminster, London, on Thursday morning.

The Limerick musician (46) was found in the bathroom of her hotel room, by a maid, at the Hilton, on Park Lane, at 9am on Monday, Jan 15. Although the postmortem results have not been released the London police have said they are not treating her death as “suspicious”.

The Westminster coroner’s office told the Irish Mirror on Wednesday that the autopsy was scheduled to take place on Thursday morning. A spokeswoman said “She [Dolores] is one of a number of deaths we are dealing with.

"We tend to carry out postmortems in the mornings."

However, she could not confirm when the results would be issued. She expected that they would be released on Thursday, or by the weekend.

Dolores O'Riordan and Don Burton on their wedding day.

O’Riordan’s funeral, set to be held in Ballybricken, County Limerick, her hometown, may not take place until next week.

The Cranberries singer had for years spoken openly about her battle with mental health issues from the trauma she suffered from years of rape as a child to being diagnosed with eating disorders and bipolar. Also in the last year, O’Riordan had been forced to cancel large portions of her European tour with The Cranberries due to back pain. In a statement, released at the time, the band said that her recovery had not been going as well as had been hoped.

As the world reels from the sudden loss poignant interviews with the troubled Cranberries singer strike a chord. In a 2014 interview, she told the Irish Independent “I’m 43. If I see 50, I’ll be happy. I mean that.”

In a 2013 interview when asked about reincarnation O’Riordan said: “I think I’ll probably come back as an angel and I’d like to guide people or guard people going through similar experiences in life, whisper in their ear and kind of give them ideas on how to deal with things.”

And as recently as May 2017, she told the Irish News, “There have been times when I’ve struggled. The death of my father and mother-in-law was very hard. Looking back, I think depression, whatever the cause, is one of the worst things to go through. Then again, I’ve also had a lot of joy in my life, especially with my children. You get ups as well as downs. Sure isn’t that what life’s all about?”

O’Riordan is survived by her husband, Don Burton, her three children, Molly, Taylor and Dakota and her step-son, Donnie, along with her mother Eileen and her six siblings.

On Facebook, Elaine O’Riordan, the singer’s niece told of the family’s “shock and sadness” at her sudden death.

She wrote: “Words can’t describe the shock and sadness, we are all feeling.

In recent years the Limerick musician had lived in New York with her boyfriend Ole Koretsky, a DJ and producer who was part of the rock band D.A.R.K, which O’Riordan played with.

On the group’s website, Koretsky wrote “My friend, partner, and the love of my life is gone.

“I am lost. I miss her so much. I will continue to stumble around this planet for some time knowing well there’s no real place for me here.”

D.A.R.K. bandmate, Andy Rourke, a former bassist of The Smiths, added that he was “devastated” by her death.

He continued “I have truly enjoyed the years we spent together and feel privileged to call her a close friend.

“It was a bonus to work with her in our band D.A.R.K. and witness firsthand her breathtaking and unique talent. I will miss her terribly. I send my love and condolences to her family and loved ones.”