Cranberries singer who had suffered throughout her life with depression was found dead in London on Monday morning. 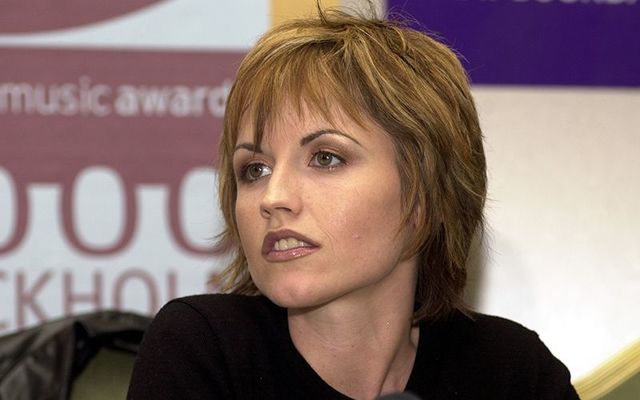 Cranberries singer who had suffered throughout her life with depression was found dead in London on Monday morning.

Dolores O’Riordan, who passed away aged 46 on Monday, was “full of life” just hours before her death as her sudden death remains “unexplained”.

O’Riordan, the front woman of the hugely successful The Cranberries, who was originally from Limerick, was staying in London to begin recording with the band Bad Wolves today (Tuesday). She was found in a room of the Hilton London at 9.05am.

She is survived by her husband, Don Burton, her three children, Molly, Taylor and Dakota and her step-son, Donnie, along with her mother Eileen and her six siblings. As yet, the police have not released details of her death.

In the early hours of Monday morning O’Riordan left a voicemail message for Dan Waite, the Managing Director of the music label, Eleven Seven. He told People Magazine “Dolores left me a voice message just after midnight last night stating how much she loved Bad Wolves’ version of Zombie. She was looking forward to seeing me in the studio and recording vocals."

Waite continued: "She sounded full of life, was joking and excited to see me and my wife this week. The news of her passing is devastating.”

The international renowned singer, originally from Ballybricken, in east County Limerick, suffered with depression throughout her career. In 2013, she attempted to take her life. In 2015, she was diagnosed with bipolar disorder.

Over the years she spoke openly about her battles with eating disorders, alcoholism, and living with the sexual abuse she endured when she was a “little girl”.

In February 2016 O’Riordan was convicted for assault at an aiport. She was ordered to pay $7,339 (€6,000) headbutting, kicking, hitting and spitting on police officers following an alleged air rage incident on a flight.

On November 10 2014, she was also removed from an Aer Lingus flight from New York's JFK to Ireland. Medical reports produced for the trial at Ennis District Court revealed she had been suffering from mania, mental illness and severely impaired judgment at the time of the incident, and that she remembered nothing about it.

Speaking to the Metro newspaper in 2017 about her battle with mental illness O’Riordan said “There are two ends of the spectrum - you can get extremely depressed and dark and lose interest in the things you love to do, then you can get super manic.

“I was at the hypomanic side of the spectrum on and off for a long period but generally you can only last at that end for around three months before you hit rock bottom and go down into depression.

“When you're manic you don't sleep and get very paranoid. So I'm dealing with it with medication.”

The entertainment website TMZ reported that friends of the singer said she was “dreadfully depressed” in the weeks before her death.

O’Riordan had been suffering from back pain during 2017, which had forced her to cancel several gigs. In July, The Cranberries released a statement saying: "Her doctors have now instructed her to cancel her upcoming almost sold out tour of North America with the band," adding that the recovery "has not been going as well as expected."

However, today (Tues Jan 16) O’Riordan was set to begin recording with the Californian rock band, Bad Wolves, ahead of the release of their debut album in spring. They planned to cover the 1994 Cranberries hit, “Zombie”.

Tributes poured out for the beloved Limerick talent

We are devastated on the passing of our friend Dolores. She was an extraordinary talent and we feel very privileged to have been part of her life from 1989 when we started the Cranberries. The world has lost a true artist today.
Noel, Mike and Fergal

I once met Delores O’Riordan when I was 15. She was kind and lovely, I got her autograph on my train ticket and it made my day. She had the most amazing voice and presence. So sorry to hear that she’s passed away today x

I’m really shocked that #DoloresORiordan has passed so suddenly
- I was talking to her a couple weeks before Christmas she seemed happy and well - we even spoke about maybe writing some songs together - unbelievable god bless her pic.twitter.com/Pk2QyAaaBw

Nooooo!! Have always adored her songs and voice https://t.co/asBAt1RJl1

Totally shocked at the news about Dolores O Riordan an incredible talent and a lovely soul. My prayers are with her family and loved ones.

The President of Ireland Michael D Higgins led tributes to the singer, saying: “It is with great sadness that I have learned of the death of Dolores O'Riordan, musician, singer and songwriter.

“Dolores O'Riordan and The Cranberries had an immense influence on rock and pop music in Ireland and internationally.

“I recall with fondness the late Limerick TD Jim Kemmy's introduction of her and The Cranberries to me, and the pride he and so many others took in their successes.

“To all those who follow and support Irish music, Irish musicians and the performing arts her death will be a big loss.”

O’Riordan’s hometown parish priest has confirmed that her funeral will take place in Ireland, where she will be buried.

Father James Walton, of the Ballybricken and Bohermore Parish, told the Daily Mail “I only found out this afternoon. Her family is very devastated and upset.

“The suddenness of her death has been a shock. I met Dolores two or three times when she was home visiting family. She was a lovely lady. Her family are still waiting for more details to come from London about her death.

“The plan is for her to be buried here at home. When that will be will depend on when her body is released.”

A book of condolence will be opened at Limerick City and County Council at Merchant's Quay.

Posted by IrishCentral.com on Monday, January 15, 2018