Hamilton star to create miniseries on Frederick Douglass in Ireland

Frederick Douglass spent four months in Ireland in 1845 and remembered it as one of the best times in his life. He was famously captivated by Irish politician Daniel O'Connell. 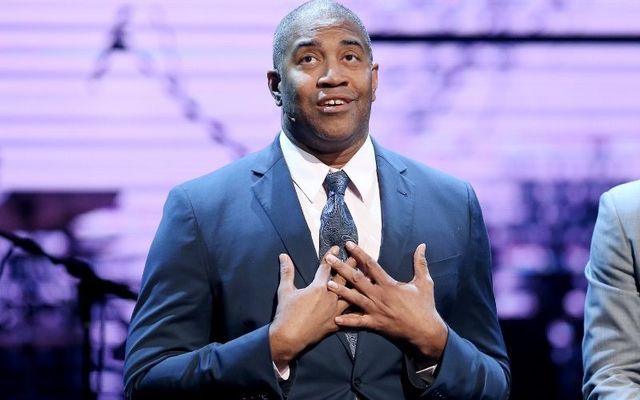 An American actor who stars in the popular musical "Hamilton" has moved to Ireland to write a television series about abolitionist Frederick Douglass's journey to Ireland in 1845.

Paul Oakley Stovall, who plays George Washington in the Broadway smash-hit, has written the structural outline for an eight-part miniseries on Douglass's four-month visit to Ireland where he fell in love with the country and became captivated by Irish politician Daniel O'Connell.

Stovall has also written a full pilot episode for the series and won the approval of Douglass's great-great-great-grandson Kenneth B. Morris.

Stovall first became aware of Douglass's journey to Ireland after the COVID-19 pandemic forced "Hamilton" to go on hiatus. He became a mentor at a black community theater company in Florida, where an Irish writer from County Wicklow told him about the abolitionist's four months in Ireland.

"Douglass was supposed to be here for four days and he ended up here for four months. When I heard this, I knew this was a story because I want to know why, how, what happened," Stovall told the Sunday Times.

"He ended up touring the island: Limerick, Belfast, Cork, Dublin. He [was so popular he] couldn’t leave. The story is about him and Ireland; it’s not just him."

Stovall said he had never heard of Douglass's journey to Ireland because the US education system only teaches the American part of the abolitionist's life. He additionally said that Ireland's intolerance of slavery was "special" because it was one of the first countries in the world to oppose it.

"What is special about Ireland and slavery? They were one of the first countries to say, ‘No, this is wrong,’ and to step out internationally and say it. I feel like the world needs to hear that," he told the Sunday Times.

Stovall decided to write a television series about the famous visit and got in contact with historians in Ireland. The actor arrived in Dublin on Dec. 1 and initially stayed in the Irish capital, where Douglass first heard Daniel O'Connell speak. Douglass also gave his first public addresses in Dublin.

The "Hamilton" star is now visiting Cork, which has historically close ties to Douglass after he stayed there for three weeks in 1845.

Stovall is also taking part in Douglass Week, a week-long series of events commemorating Douglass's visit to Ireland which pays particular attention to his time in Cork.

He will be joined by fellow "Hamilton" star Nikhil Saboo and Grammy-award-winning songwriter Marcus Hummon among several other talented artists for a musical commemoration of Douglass's life on Wednesday night. He will also join Kenneth B. Morris and actor Roger Guenveur Smith for a roundtable discussion on Tuesday night about how to bring figures like Douglass to the big screen.

Stovall hopes that his collaboration with Kenneth B. Morris will convince production companies to get on board with the project, especially those owned by African-American actresses like Viola Davis and Kerry Washington. The Hamilton star also plans to work with Irish institutions to produce the series.

Stovall must leave the country on March 1 due to visa restrictions but plans to return in the future to complete the project.