Guinness champions the horse racing community in new short film “Behind Every Horse.” 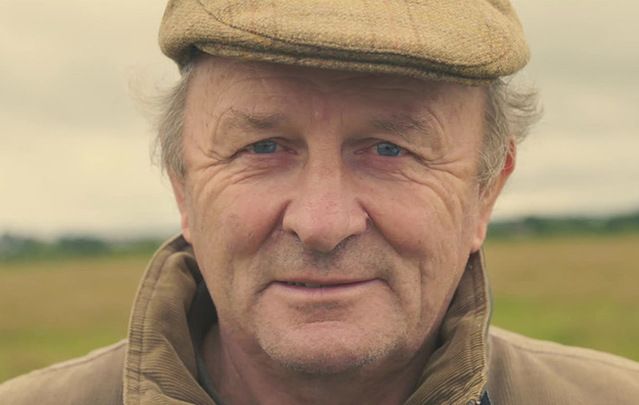 As excitement builds for the 51st Guinness sponsored Galway Races Festival, which kicks off on the July 25, Guinness has created an emotive short film which beautifully captures the significant role that the unsung heroes of the horse racing community play in making their sport extraordinary.

Entitled “Behind Every Great Horse,” the film provides an insight into the passion, tireless dedication, and work that is undertaken by the teams of people involved in the horse racing industry, from daily life on a horse training yard to the preparation that goes into a major race meeting by racecourse staff.

As is widely acknowledged by owners, trainers and jockeys throughout Ireland, it’s the people behind the scenes that are the silent champions of the horse racing world.

Featuring scenes from the Athenry horse training yard of well-known Galway trainer, Val O’Brien, the film captures the strong relationship between horse and human, from the stable jockeys who go on daily dawn rides on the gallops, to those who care for the horses in the stable yard, to the specialist horse farrier who tends to the horses’ hooves and shoes.

“We are proud to feature in the film as a yard that is representative of the many stables and yards throughout Ireland that have the same goal as ourselves, which is to bring out the potential in every horse”, said Val O’ Brien.

Home to the Guinness Galway Hurdle, the richest National Hunt race ever to be run in Ireland, worth €300,000, the famous Ballybrit racecourse and its staff, feature prominently in the film as they prepare for their renowned July race meeting

Michael Moloney, Racecourse Director, Ballybrit said, “Guinness has a long standing tradition with Irish horse racing and the Galway Races Festival. I’ve no doubt that the short film will resonate with the horse racing community throughout Ireland and it’s great that Guinness has recognized the huge contribution of the people behind the scenes, as without them the yards, trainers, jockeys, or racecourse could not function”.

“We have always been very proud of our association with horse racing in Ireland and we wanted to create a film that shines a light on the people who do so much and ask for very little in return. Our sponsorship of the Galway Races Festival began fifty years ago and it’s a landmark occasion in the racing and social calendar. We are delighted to play a part in making a contribution towards what is a key highlight of the year”, commented Lisa Fitzsimons, Marketing Manager, Guinness.