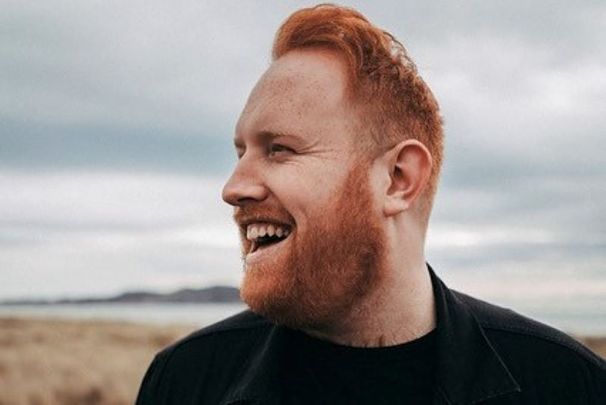 Gavin James, an Irish singer-songwriter, hosted a live performance today on Facebook and YouTube to raise funds for the Irish charity ALONE during the coronavirus pandemic.

ALONE is an Irish charity that supports older people who are homeless, socially isolated, living in poverty or in crisis. During the coronavirus pandemic, their work has become even more important. You can also learn more about the Irish charity ALONE here.

It’s been just over 4 years since Dublin singer-songwriter, Gavin James, released his debut album “Bitter Pill." These past years have been non-stop for James with tours across the globe, including his own sold-out world tour as well as supporting Niall Horan, Ed Sheeran, and Sam Smith along the way.

Gavin’s total streams are rapidly heading toward the two billion mark and rising, making him one of the most successful streamed acts in the world.

One of the most genuine and humble artists in music, Gavin released his sophomore album ‘Only Ticket Home’ (October 26th 2018). The lead single “Always” (Mixed by Mark Ralph – Clean Bandit, Jess Glynne, Years and Years, Rudimental) has reached over 150 million streams to date and is now platinum in Ireland, Switzerland, Portugal, Norway and Gold in France, where it was also nominated for an NRJ Award.

Gavin’s popularity is a just reward for such a talented and tireless musician. The son of Dublin’s best-known postman – “I’m not kidding, everyone in the city knows my dad” – and a child-minding mum, Gavin grew up surrounded by music, not all of it to his taste. His dad played Cat Stevens, Sam Cooke, Bob Dylan, and Van Halen round the house, his decade older brother, with whom he shared a room, relentlessly played rave. Gavin’s great grandparents were opera singers and his granddad a stand-up comedian and whistler who appeared on TV in Ireland.

Performing clearly in his blood. Gavin took up guitar at 13, learning Led Zeppelin covers and forming a three-piece rock band (minus a bassist), who played gigs in skate parks. By 14, he was writing his own rock songs, which he stripped down to play on acoustic guitar with a mate. Still at school, the pair began getting their first paid gigs in pubs. Eventually, the pair went their separate ways and for four years Gavin gigged non-stop. It was only a matter of time until he was performing his own songs, 600 punters were turning up to how singing back the songs to him every weekend, rather than his covers.

He increased his focus on songwriting and playing and was rewarded in 2013 when, at 21 years old, his independently released single Say Hello won the Meteor Choice Award for Song of The Year. This was followed by a live album which led to the signed of his record deals. 2019 started with a sold-out World Tour and a summer full of festivals across Europe and ended with a sold-out show in 3Arena Dublin on 29th Feb. Gavin is currently writing for his new album due for release in 2020.