Finding You, set in Ireland, is likely to become your new favorite Irish rom-com. 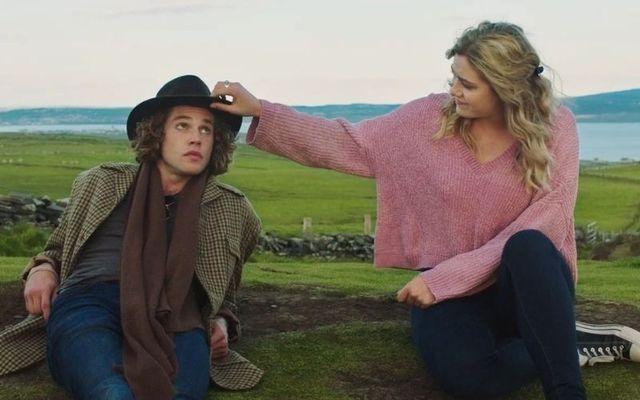 A still from the new film Finding You. Roadside Attractions

Finding You is an inspirational new romantic comedy set in Ireland about finding the strength to be true to yourself.

At the B&B run by her host family, which includes Derry Girl’s Saoirse Monica Jackson, she encounters heartthrob movie star Beckett Rush (Jedidiah Goodacre), who is there to film another installment of his Game of Thrones-like medieval fantasy-adventure franchise.

As romance sparks between the unlikely pair and Ireland works its magic, Beckett ignites a journey of discovery for Finley that transforms her outlook on life.

In turn, Finley emboldens Beckett to reach beyond his teen-idol image and pursue own his true passion. But pretty soon both star-crossed lovers must decide what they are willing to risk for love.

Finding You will arrive in theaters on May 14, but check out this exclusive clip from the promising new Irish rom-com here:

WATCH: An exclusive clip from the new Irish romantic comedy Finding You!
Set in Ireland, this is likely to become your new favorite Irish rom-com ? All the detail on when it'll be released you can read here: https://t.co/nsOWUOeLcK#irish #FindingYou #Ireland pic.twitter.com/WlJC70aiOJ

And you can watch the official trailer for Finding You here: