Champion surfer shows why the waves off of County Clare have made the area a mecca for maritime thrill-seekers. 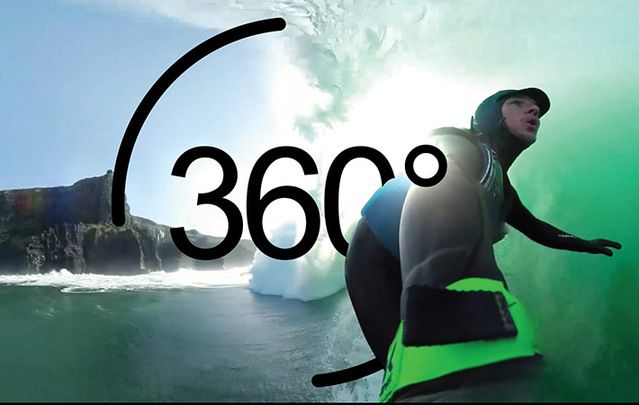 Champion surfer shows why the waves off the County Clare coast have made the area a mecca for maritime thrill-seekers. Failte Ireland

Ireland’s tourism authority has launched 360° videos of stunning sights along The Wild Atlantic Way. The video above shows a champion surfer demonstrating his skills off the Cliffs of Moher, in County Clare.

These 360° videos allow viewers to click and drag, within the footage, to view the experience from a different aspect. This video was taken by world-renowned champion surfer Ollie O’Flaherty.

The waves off the County Clare coast have made the area a mecca for maritime thrill-seekers. What you see in this video is tow-in surfing, a special technique that uses an artificial aid to allow a surfer to catch faster moving waves than traditionally possible when paddling by hand. It’s a difficult skill for even seasoned surfers to master, and it takes someone with Ollie’s experience to show just how exhilarating it can be.

The Cliffs of Moher, Europe’s highest cliffs, provide a suitably stunning backdrop to a place where the surf, including one known to surfers as Aileen’s Wave, takes on gigantic proportions.

These virtual reality 360° videos, released by Failte Ireland, allow yet another level of immersion for those interested in what Ireland has to offer or those who are planning a trip along Ireland’s west coast. They afford the viewer an almost life-like experience. The videos can be viewed on desktop and mobile websites as well as on VR Headsets, Google Cardboard.

The VR and 360° experiences were commissioned by Fáilte Ireland and filmed earlier this year using a combination of drone, custom built mounted back packs and GoPro equipment to truly give this immersive perspective.

Read more: Go mountain biking through the Burren in this amazing 360° video