This famous couple could be Meghan and Harry's baby’s godparents 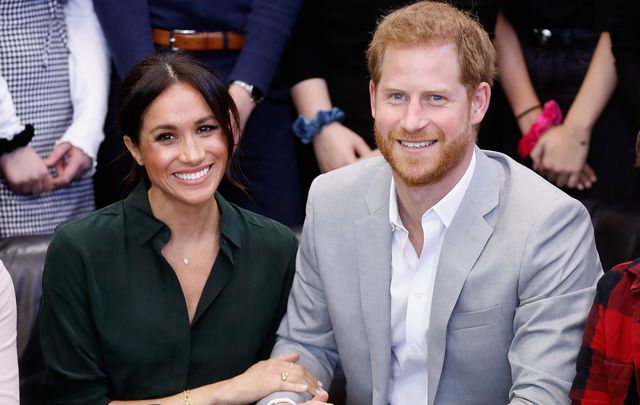 Would you have guessed this powerhouse couple to be godparents to Prince Harry and Meghan Markle’s baby?

George and Amal Clooney are expecting to be asked by Prince Harry and Duchess Meghan to be godparents to the royal couple’s new baby.

George Clooney reportedly has a “strong hunch” that he and wife Amal will be among those asked to fulfill the special role.

Read More: George Clooney: Irish were treated terribly in America and not accepted

The Clooneys at the Royal Wedding (Getty)

Breslin went on to say that “Amal is beautiful and wonderful and a great addition to our family. We've loved her ever since we met her. He sure picked a winner with her.”

According to Breslin, George and Amal have been spending plenty of time in George’s hometown in Kentucky, and said the thought of the royal family visiting the states would be “fun.”

“Absolutely, that would be crazy but fun,” said Breslin. “It's kind of a laid back place to be, lots of family around, we always do two or three family events a year, that's fun and enjoyable.”

Ben did add: 'I'm not in on those royal circle talks, but that's not to say next time he comes in we might sit down for an hour over bourbon and talk about it”

“George's like the rest of us, he's as common as an old shoe, but he likes to hobnob with the big people, so that's great.”

Human rights lawyer Amal Clooney, who married George back in 2014, has had a “longstanding” friendship with the new Duchess of Sussex, Meghan Markle. Markle reportedly sees her friend as a strong role model.

The Clooneys were both guests at Harry and Meghan’s royal wedding in May. Afterward, the newlyweds were treated to a trip to the Clooney residence at Lake Como in Italy.

Next month, the royals are expected to attend a private dinner at the Clooney’s London residence. Also on the guest list? None other than the Obamas.

Do you think the Clooneys will be named as godparents? Let us know in the comments!