Several women have made sexual accusations against Michael Colgan, the former artistic director of the Gate Theatre in Dublin. 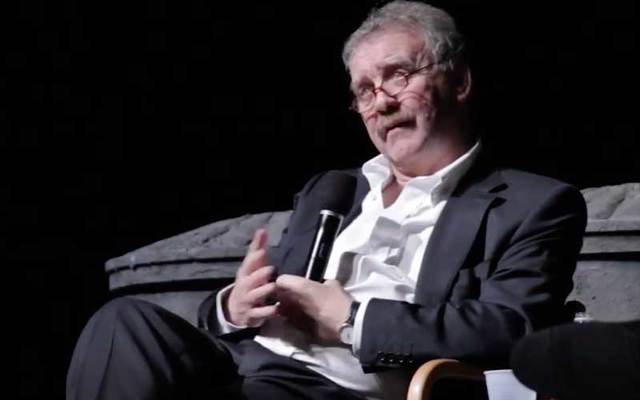 The Irish Sunday Times has named Michael Colgan, 66, who resigned as artistic director of the Gate Theatre in Dublin this year, as the powerful figure several women have made sexual accusations against.

Strict Irish libel laws have made it tougher for allegations such as were leveled against Harvey Weinstein to be made in Ireland.

The paper revealed that three women have accused Colgan of sexual propositions and in one case forcing an actress in an interview to wear skimpy clothing and a push-up bra.

Grace Dyas, a Dublin-based director, claimed Colgan told her last year she had lost so much weight, “I’d almost have sex with you.” He later denied the comments.

Colgan is also alleged to have suggested he get a massage from Annette
Clancy, a former program administrator of the Dublin Theatre Festival whose resume referred to a qualification in “holistic massage therapy.”

Dyas, a writer and producer with TheatreClub, alleged Colgan said she should wear dresses and “make more of myself appearance-wise.”

She claims that at a party after the 2017 launch of Dublin Theatre Festival, Colgan, while “quite drunk,” asked her if she had lost weight.

“I said ‘Yeah, I lost weight for my wedding. I just got married.’ He said, ‘You’ve lost so much weight, I’d almost have sex with you.’

“I was taken aback but not surprised. I said ‘Michael, you can’t say that to me!’ He replied ‘What? I didn’t say I would f*** you. You haven’t lost that much weight.’” Colgan later dismissed the remark as a joke.

Dyas claims he said she was “a pig” and that he would “never ever, ever want to have sex with her.”

She also has published text messages allegedly between herself and Colgan in which he calls her a “base liar” and never wanted to “breathe the same air [as her] again.”

“I will make sure the world knows how evil you are,” he allegedly texted.
Dyas was praised on social media by leading actors and directors, including Brian O’Byrne, Olwen Fouéré, Ger Ryan, Camille O’Sullivan and Annie Ryan.

Ali White, an actress who performed a series of Beckett plays at the Barbican in London in 1999 for the Gate, alleged she had to change into a push-up bra, hold-up stockings and high heels for a photocall arranged by Colgan.

“The abuse of power I experienced first-hand at the photoshoot and witnessed on many occasions made me wary of him and ultimately angry that he was getting away with it,” she said.

Clancy, a former program administrator of the Dublin Theatre Festival who has the holistic massage qualification, stated that Colgan made lewd remarks to her.

“When it comes to his turn to ask me a question he draws attention to my qualification as a massage therapist and says ‘well I wish you would give me a massage someday,’” Clancy posted on social media.

She subsequently took a court case about Colgan and his remarks featured in the case.

“I ended up getting a substantial settlement from the festival and agreed to a ‘voluntary redundancy,’” she said.

The hashtag #IrishWeinstein is being widely used in Ireland to discuss alleged offenders.