The Rose of Tralee - top facts you never knew

Now entering its 63rd year, The Rose of Tralee is known for bringing Irish communities around the world together but do you know how it started or why it's a rose rather than any other flower? 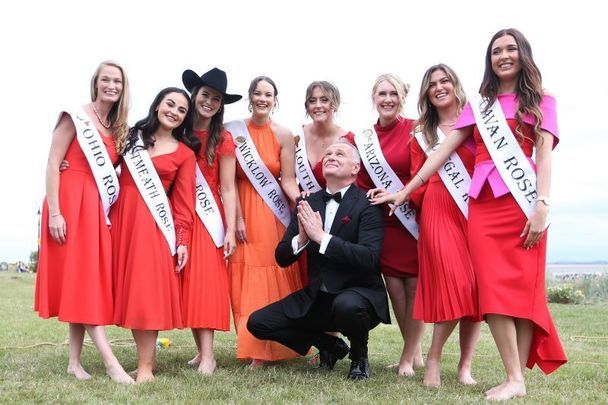 Now entering its 63rd year, The Rose of Tralee is known for bringing Irish communities around the world together. but do you know how it started or why it's a rose rather than any other flower?

From Dublin to Dubai, Cork to California, Meath to Melbourne, Roses from Ireland and around the world arrive on the shores of the Emerald Isle each year with the hope of becoming the next celebrated Rose of Tralee.

Here are 10 things you may not have known about one of Ireland’s best-known festivals.

The idea for The Rose of Tralee originated down the pub

The festival originates from the once annual Carnival Queen event which came to an end post-war due to mass emigration.

Fast forward to 1957 when a group of local businessmen met over a pint in Harty’s Bar in Tralee to discuss ways of increasing tourism in the town. Reinventing the Carnival Queen with a budget of £750, the Rose of Tralee Festival was born and has gone on to become Ireland’s best-known and longest-running festival with the TV finale on RTÉ One being one of Ireland’s most-watched shows each year.

Fans of the Rose of Tralee around the world can watch the finale on RTÉ Player.

Why the ROSE of Tralee?

Every August since 1959, a young woman is crowned The Rose of Tralee at the festival hosted by Tralee in County Kerry but, where did the festival get its name?

Legend has it that, in the 19th century, a wealthy merchant from Tralee fell in love with his maid. With a difference in social class being taboo, the merchant emigrated, returning years later to find his one true love had died of tuberculosis. Heartbroken, he penned the famous song about his love for her, The Rose of Tralee.

Until the 1960s Roses were locals only

With The Rose of Tralee winners hailing from all over the globe today, it’s hard to believe that originally, only women from Tralee were allowed to take part.

In the early 1960s, perimeters were expanded to allow the lovely ladies from the whole of Kerry to compete but with dwindling populations, the organizers eventually conceded in 1967 to allow women born in Ireland or with Irish ancestry the opportunity to gain the coveted title.

All the single ladies!

It’s only within the last 15 years that ladies whose ring finger is occupied can take part! Up until 2007, only single women were allowed to compete in The Rose of Tralee! I wonder what Beyoncé would say about that?

Saying no to unmarried mothers!

Unmarried mothers were a “no-no” until the following year in 2008.

Warning! The Rose of Tralee is not a beauty contest

Don’t be fooled by the lipstick, tiaras, and lovely gúnas (dresses). The Rose of Tralee might have the appearance of a beauty pageant, but the event proves substance over style as it does not score the entrants on their physical appearance. According to the festival organizers, the winning criteria is based on the “aspirations, ambitions, intellect, social responsibility and Irish heritage” of the women. Past Roses include Noreen Culhane (New York Rose, 1970) who went on to become Executive Vice President of the New York Stock Exchange, and Michele McCormack (Chicago Rose, 1985) who won the prestigious Edward R. Murrow Award in journalism.

The winning Rose of Tralee formula

Thinking you may be in with a chance to win the coveted title? Recent studies have shown that chances of winning are higher if you happen to be a brunette, with 76% of winners donning chestnut locks since the contest began. More often than not, Irish Roses have won, with North American Roses coming a close second. With the average age of winners being 24.5, you will need to be in your mid 20’s. Still, think you got what it takes?

The Rose of Tralee is getting bigger!

The numbers watching The Rose of Tralee finale both at home and abroad are growing each year. Likewise, the festival is getting bigger and bigger. This year the festival runs over seven days in Tralee full of food, fashion shows, music, and all sorts of entertainment!

Anything can happen at The Rose of Tralee

There’s no doubt that The Rose of Tralee never fails to deliver surprise moments. From a dung spitting contest to a fish being kissed, to the host wearing high heels, and even a marriage proposal (she said yes!), The Rose of Tralee is a must-watch show no matter where you are in the world.