Galway teenager Ely Solan, who starred in the controversial short film 'Detainment,' is being called the “next big thing” by Hollywood. 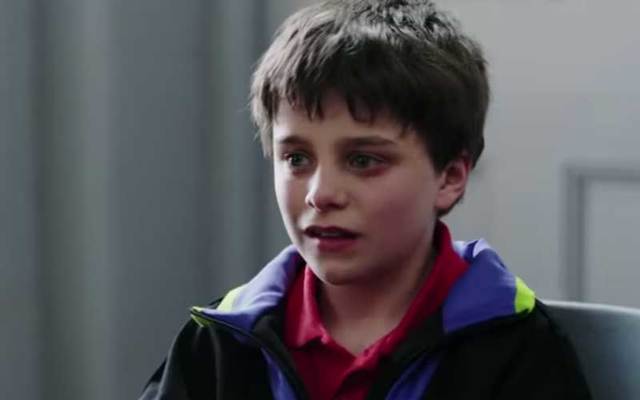 Galway teenager Ely Solan is being called the “next big thing” by Hollywood.

Solan’s breakout role was in the short film "Detainment," about the murder of two-year-old James Bulger, who was abducted from a shopping center and brutally murdered by two 10-year-old boys in 1993.

Solan plays Jon Venables, one of the murderers. The 30-minute film, directed by Vincent Lambe, dramatizes transcripts of interviews police conducted at that time with Venables and his accomplice Robert Thompson.

Solan, who plays a panicked Venables caving under the weight of police investigation, told Extra.ie that he listened to YouTube recordings of his character’s interviews to prepare for the role.

“I was 11 when we were filming,” said Ely, now 14. “The people behind the film didn’t tell me anything. It was my parents who sat me down and they told me all about it.

“Then I did a bit of research myself and I educated myself on the case. It was horrible and brutal and I was shocked.

“I didn’t look at any clips of the real-life people,” he said.

“They didn’t show me any clips but the morning of my first day of filming, I just realized that the tapes of the interviews were on YouTube.

“I listened to a bit of Jon Venables’s tapes and I changed my performance a little bit towards that.

“I didn’t want it to be too like him. When I was rehearsing and before I was filming I would go to my room and close my eyes and block the sound out by putting my hands over my ears.

“I always had my mum right beside me in case I got too upset. Vincent [Lambe] the director was very kind to me and he would always tell me jokes in between scenes.”

The film was heavily criticized particularly after it was nominated for an Oscar despite protests from James Bulger’s family, and an online petition called for the film to be dropped from the awards.

Solan said he focused on his school work during the controversy.

“I just blocked it all out, to be honest, because school was very stressful at the time because I had tests coming up,” he added.

Despite the controversy, the film has kick-started Solan’s acting career. He will be appearing next in the new season of "Drop Dead Weird" on RTÉ 2 and in the upcoming feature film "Four Kids and It."