Police in Calabasas, California found Keough dead in his mother's mansion with a single gunshot wound in his upper torso at around 6:30 a.m. on Sunday morning. 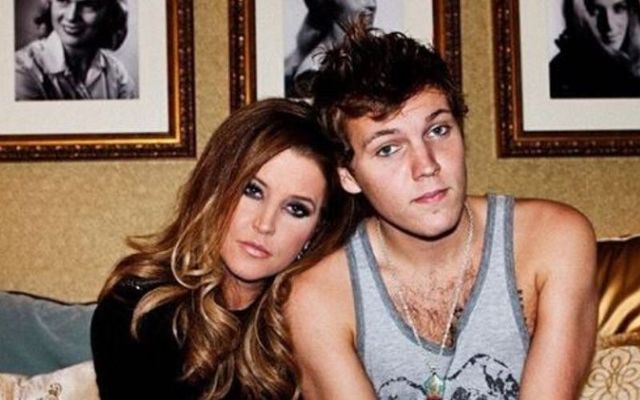 Elvis Presley's grandson Benjamin Keough has tragically died in an apparent suicide at the age of 27.

Police in Calabasas, California found Keough dead in his mother's mansion with a single gunshot wound in his upper torso at around 6:30 a.m. on Sunday morning.

Benjamin Keough was the youngest of two children Lisa Marie Presley, Elvis Presley's only child, had with musician Danny Keough.

A spokesperson for Lisa Marie Presley said that she was "completely heartbroken, inconsolable and beyond devastated" following her son's death.

She reportedly "adored" her only son who was the "love of her life", but she is "trying to stay strong for her 11-year-old twins and oldest daughter, Riley," according to the spokesperson.

Lisa Marie Presley often spoke about her son's similarity to Elvis and called their resemblance "uncanny."

Benjamin Keough kept a low profile and one of the last times he was seen in public with his family at a vigil in Graceland for the 40th anniversary of Elvis' death in 2017.

The Daily Mail reports that the 27-year-old had been struggling for a long time.

Police responded to a "rescue response" call early on Sunday morning and found Keough dead at the scene with a reported self-inflicted gunshot wound.

A number of prominent celebrities, including Nancy Sinatra, offered their condolences to Lisa Marie Presley in the wake of the tragic news.

"I have known you since before your mama gave birth to you, never dreaming you would have pain like this in your life. I'm so very sorry," Sinatra said on Twitter.

Sweet, sweet princess, what a terrible tragedy. @LisaPresley I have known you since before your mama gave birth to you, never dreaming you would have pain like this in your life. I'm so very sorry. 💔😢 I'm here.

She married Danny Keough in 1991 and had two children - Riley and Benjamin with her first husband.

After short marriages to Michael Jackson and Nicholas Cage, she married Michael Lockwood, who she had twin girls with.

She is reportedly in a custody battle over the 11-year-old twins following the couple's divorce in 2016.

Lisa Marie enjoyed an extremely close relationship with her son, according to reports, and her 2012 album "Storm and Grace" was reportedly inspired by Benjamin's middle name "Storm."