Dublin to get "Riverdance" academy as Irish dance phenomenon turns 25 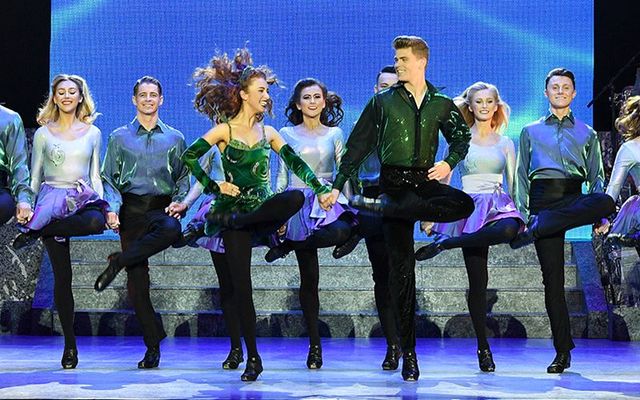 A Riverdance, Irish dance academy and cultural center, could bring a boost for the North Dublin City. Riverdance.com

"Riverdance," the Irish dance phenomenon that was launched as the interval act during the the 1994 Eurovision song contest in Dublin may get a permanent space in Dublin by 2020 with plans a foot for a “Riverdance academy and cultural center.”

The center is the brainchild of "Riverdance's" creators, Moya Doherty and John McColgan, and they are hoping to secure the backing of the North East Inner City Task Force. The hope is the introduction of such a cultural center might improve the impoverished the north inner city area of Dublin, which has recently been blighted by gangland crime. The project's backers believe it will provide jobs and training for people from the local community as well as a boost to infrastructure and the local economy.

Since “Riverdance” began touring in 1995 the show has been performed in almost 500 venues across 47 countries. Over three million copies of the official “Riverdance” CD and ten million DVDs have been sold. Doherty and McColgan are believed to have earned more than €100m from the show.

Most importantly the show has been seen live by 25 million people. Last year alone, in Dublin’s Gaiety Theatre, 75,000 people attended the show.

The Sunday Times reports, that the proposal, released via a freedom of information request, is for the academy and performance space to be completed by the show’s 25th anniversary in 2020.

In the past three years “Riverdance’s” backers have run a summer school in Trinity College. There young dancers learn the choreography from former “Riverdance” performers. Those would impress the experts are invited to join the official troupes.

The permanent space for “Riverdance” in Dublin will act as both performance space and somewhere to train and spot new talent.

The North East Inner City Task Force sought proposals from groups, from both the private and public sectors, on improving the area in Dublin that runs from Busaras/Connolly Station to Croke Park and bordering the docklands.

A report by Kieran Mulvey for the North East Inner City Task Force suggested that an increase in opportunities for sport and the arts in the area would improve “social cohesion.”

Currently “Riverdance” has a base on Capel Street, but the plan proposes that this new “destination space” would “share the story of its dance, music, props and costumes with local and international visitors.”

The new “Riverdance” space would become “a catalyst” for new businesses.

The location of the new premises is yet to be decided as is whether it will require a new custom-built space or a refitted existing location. As yet, the proposal is uncosted but it’s estimated that a location of 3,500 square meters to 4,000 square meters would be needed.

The report states that “the theatre will be a black-box type space with a seating capacity of 250… the space includes a stage and dressing room with full lights, drapes and sound systems. The audience seating will be retractable to allow this space to become one of the rehearsal/ class rooms.”

It’s argued that the space will also become a tourist attraction. Similar studios in China and LA have become popular with visitors.

A spokeswoman for “Riverdance” declined to comment, saying the plans are at an early stage and only in preliminary discussions with Dublin city council.