New photos of the Downton Abbey movie have arrived and they look great!

Are you in mourning since the TV series Downton Abbey finished? You have just a few more weeks to wait until the Downton Abbey movie! 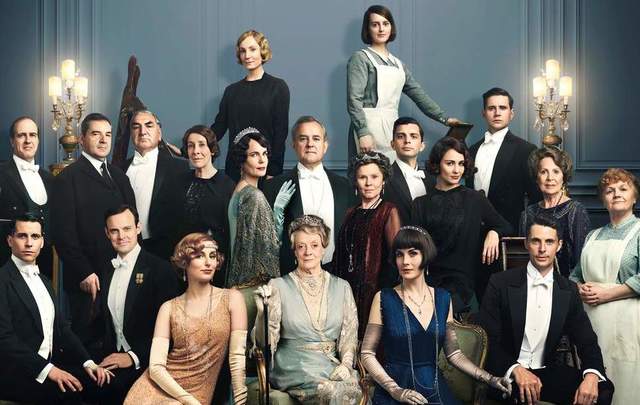 Are you in mourning since the TV series Downton Abbey finished? You have just a few more weeks to wait until the Downton Abbey movie!

The Downton Abbey movie release will be with us very soon on September 20, 2019, but to keep us going until then, Vanity Fair has released some very special new images of the cast and all we can say is that the Dowager's star is withering!

The movie is set to pick up one year after the TV show ended, and will see the Crawley family busy themselves with preparing for a royal visit from Queen Mary and King George V.

Read more: It's here! The Downton Abbey trailer has finally been released

Exclusive first look: “The family is pulling together in the right direction and the forces of drama are external, which is quite fun," says Hugh Bonneville, who plays Crawley patriarch, Lord Grantham. Tap the link in bio for details on what's to come for the Crawley family—and a look at the full #DowntonAbbey cast. Photographs by @marknevillestudio.

With the images shot by Mark Neville, we can already tell that the movie is going to be an absolute masterpiece, with a fantastic glimpse at how the Crawley family and the household staff are looking.

According to the release, we can look forward to the return of Mr. Carson (Jim Carter) who ended the series by heading into retirement, but who else would lead the team ahead of the biggest visit Downton Abbey has ever seen?

Exclusive first look: “It's sort of Downton versus the world.” Ahead of September’s highly-anticipated film, the cast of #DowntonAbbey reunited for an exclusive interview with V.F. At the link in bio, get a first look at Maggie Smith, Michelle Dockery, and the rest of the cast on set. Plus: a preview of what fans can expect to see from the Crawleys come September. Photographs by @marknevillestudio.

“Mary reaches out for her hero Carson to save the day,” Dockery told Vanity Fair of her character.

“I love that relationship between Mary and Carson—it's one of the lovely moments of the film.”

The trailer for the movie was first released at the end of May and it shows the family's patriarch Lord Grantham, played by Hugh Bonneville, making the announcement of the arrival of King George V and Queen Mary.

You can watch the full trailer here:

What do you make of the Downton Abbey movie trailer? Let us know in the comments section, below.