Don McLean felt the glow of a special Irish welcome at the launch of an exhibition on his life's work at the Museum of Style Icons in Newbridge, Co Kildare. 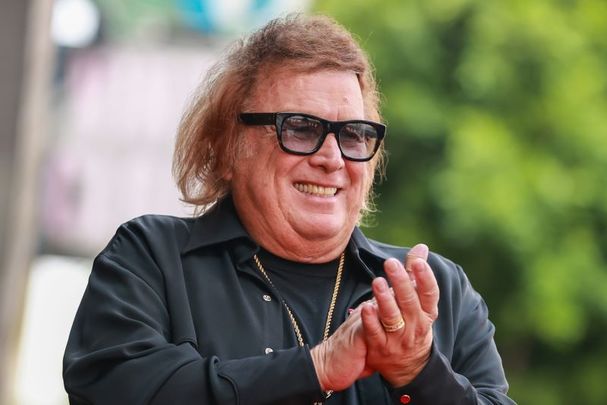 Don McLean – he’ll be forever famous for his still popular song “American Pie” – felt the love from his Irish fans who turned up in big numbers last week for an exhibition on his career at the Museum of Style Icons in Newbridge, Co Kildare.

McLean, who performed in Dublin on October 7, is auctioning some of his stuff, including costumes, jewelry, and the guitar he used to write his song “Vincent (Starry, Starry Night).”

Joining him on his Irish trip was his 28-year-old model girlfriend, Paris Dylan.

The free to enter exhibition 'Don McLean – Starry Starry Night' is a curation of some of the singers most famous and iconic costumes and personal property such as jewellery, instruments and favourite garments and accessories.
.
Don't miss this unique exhibition. Only running u pic.twitter.com/mDLBozpnO2

McLean met his fans at the Newbridge museum and signed lots of autographs.

He played a few tunes at the Newbridge event and gave an interview in which he shared fond memories of singing “The Mountains of Mourne” which became a big hit, and his time with the late Irish broadcaster Gay Byrne, the first host of "The Late Late Show."

“I liked him very much," McLean said of Byrne. "He reminded me of one of the Irish Christian Brothers I had in school."

The free-to-enter exhibition, ‘Don McLean – Starry, Starry Night,’ is a curation of some of the singer’s most famous and iconic costumes and personal property such as jewelry, instruments, and favorite garments and accessories.

McLean proudly displayed the instrument to the audience who listened to him chat on the stage with fellow musician and broadcaster, Tom Dunne.

Check out the interview with Don McLean in Newbridge here: