Dolores O'Riordan and Luciano Pavarotti's cover of "Ave Maria" was used at the opening of the Irish singer's 2018 funeral in her native Co Limerick. 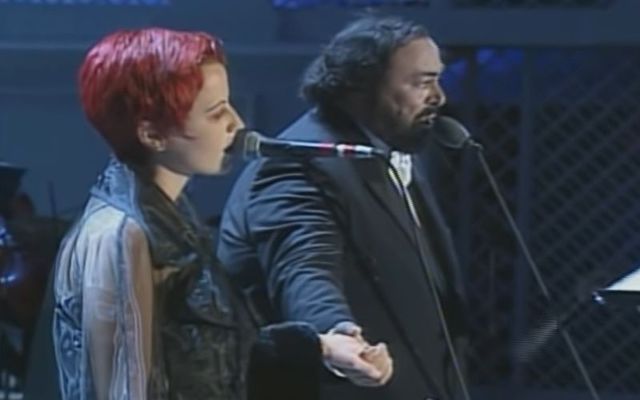 Dolores O'Riordan and Luciano Pavarotti's recording of "Ave Maria" was played at the opening of O'Riordan's 2018 funeral in her native CoLimerick.

In September 1995, former Cranberries frontwoman O'Riordan joined the famed opera singer in Modena, Italy to cover the beloved Latin hymn. The performance at Parco Novi Sad was part of a ten-concert series between 1992 and 2003 known as 'Pavarotti & Friends' which raised money for several humanitarian causes. O'Riordan and Pavarotti's 1995 concert was in aid of the children of Bosnia affected by the war.

Just over two decades after recording the song with Pavarotti, their version "Ave Maria" cover rang out at the Church of Saint Ailbe in Co Limerick for the Irish singer's funeral in 2018. Even more poignant was the fact that O’Riordan’s singing career had started in that very building, singing and playing keyboard for the choir.

At the closing of her funeral, there was an eruption of applause both inside and outside the church when The Cranberries' “When You're Gone” played as the service came to an end.

Following the service, O’Riordan was laid to rest alongside her father, Terence Patrick, at the Caherelly cemetery. Her father passed away in 2011, following a long battle with cancer.