Writer Jacky Colliss Harvey discussed the discrimination many redheads around the world still face when she gave a talk at the Irish Redhead Convention in Co. Cork. 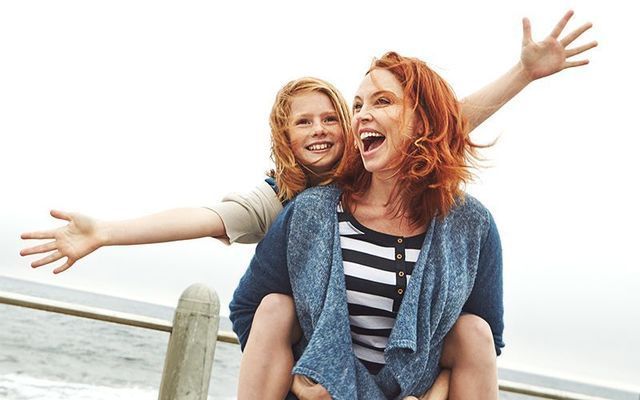 Gingerism is the last socially acceptable form of discrimination, according to the author of a book exploring the history of red-headedness.

Writer Jacky Colliss Harvey discussed the discrimination many redheads around the world still face when she gave a talk at the Irish Redhead Convention in Co. Cork.

The flame-haired author's new book, "Red – A Natural History of the Redhead," examines the history of red hair through the ages, as well as focusing on modern-day attitudes to people with red hair.

She said: "Prejudice against redheads goes back thousands and thousands of years to the time of the ancient Greeks and later across medieval Europe.

"I think people are hard-wired to react to red as a color and as a species, we seem to have a psychological need to judge an 'other' – and if it's not someone with red hair, it's another minority group.

"Unfortunately bullying of children with red hair is still common and people with red hair are often seen as acceptable targets because they're not one group and not a race. It's one of the last great social prejudices."

A University College Cork-based study last year found that as many as nine out of ten ginger-haired men worldwide have been the victims of bullying.

And Colliss Harvey, a University of Cambridge graduate, agreed that the experience for redheaded males tends to be far more negative than female counterparts, whose hair color is often regarded as far more attractive.

Although Colliss Harvey doesn't believe gingerism can be practically tackled by expanding the definition of hate crime laws, she said more needs to be done to tackle the problem of bullying and discrimination.

But she said she believed attitudes have started to change for the better, including a growing confidence within the redheaded community.

She explained: "Redheads are definitely embracing their identity more than ever before and you can see that with all the festivals that take place. There's a great sense of community that you get from having red hair and I think it naturally makes you more tolerant and sympathetic to other minority groups."

More than 2,000 redheads, including some from as far away as Australia, attended the latest ginger-themed event in Crosshaven, Co. Cork.

Red hair is the rarest hair color in the world, accounting for just 0.6 percent of the world's population.

Scotland is commonly believed to be home to the highest number of redheads per capita across the globe at 13 percent, followed by Ireland at 10 percent.

The Irish Redhead Convention ran from Friday (August 21) to August 23 in Crosshaven, Co. Cork and will be continuing to grow next year in 2016. For more information, see www.redheadconvention.ie.